In the talks with Ambassador Sripriya Ranganathan, the two sides agreed to continue efforts to deepen bilateral cooperation, especially in the defense industry and people-to-people exchanges.

They also shared the need to continue close communication via virtual meetings between the two governments and agreed to seek ways to resume high-level talks, such as a "two plus two" meeting between the foreign and defense ministers.

Yoo has entered the final round of the selection process for the new WTO chief, competing with Ngozi Okonjo-Iweala of Nigeria. The WTO is expected to announce the decision on the new leader around early November. 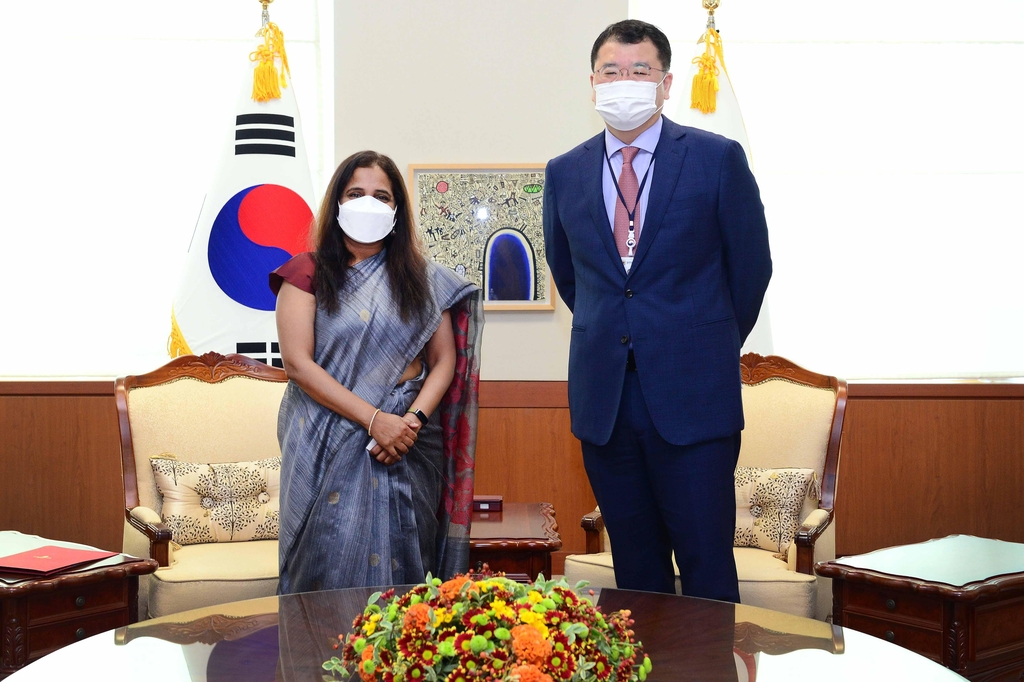