During the talks with India's top envoy to Seoul, Sripriya Ranganathan, the two agreed to continue efforts to deepen bilateral cooperation, especially in the defense industry and people-to-people exchanges.

They concurred on the need to continue close communication via virtual meetings between the two governments and agreed to seek ways to resume high-level talks, such as a "two plus two" meeting between the foreign and defense ministers. 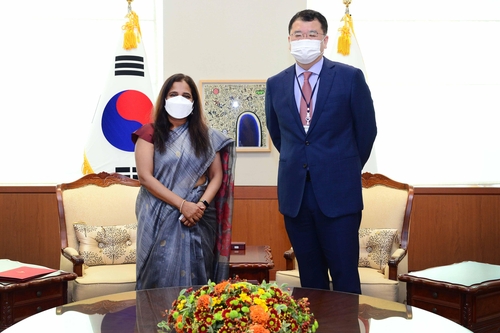 Choi also met with Russia's top envoy to Seoul, Andrey Kulik, the same day and expressed hope to improve relations between the two countries by holding regular meetings, including vice ministerial-level strategic talks, according to the ministry.

The vice minister welcomed the resumption of regular flights connecting South Korea and Russia and said he hopes to expand cooperation in the field of public health to fight the coronavirus pandemic.

Ambassador Kulik said Russia was ready to strengthen cooperation with South Korea for the peace and stability of the Korean Peninsula, according to the ministry.

"The two sides agreed to closely communicate on the regional situation, including the Korean Peninsula, and other bilateral issues," the ministry said in a release.

They also agreed to hold various events to celebrate the South Korea-Russia Year of Exchange to mark the 30th anniversary of establishing diplomatic ties. The two countries earlier agreed to extend the year until 2021 in the wake of the virus outbreak.

Yoo has entered the final round of the selection process, competing with Ngozi Okonjo-Iweala of Nigeria. The WTO is expected to announce the decision on the new leader around early November. 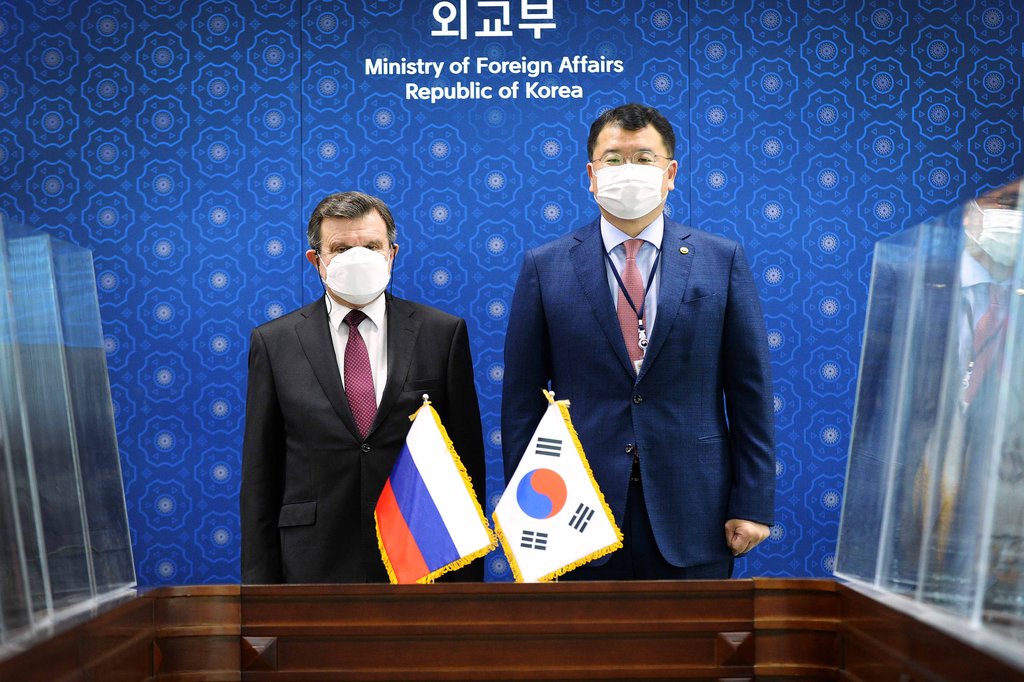