Some 993,000 viewers from 191 countries and territories watched "BTS MAP OF THE SOUL ON:E" that was streamed online due to the pandemic, according to Big Hit Entertainment.

The two-day concert, held in Seoul on Saturday and Sunday, was initially planned to be held in person and livestreamed. But the agency decided to only livestream it, as the new coronavirus showed no sign of letting up.

To make up for the change, Big Hit introduced an "ARMY on air" system so the band's dedicated fans, also known as ARMY, could join the concert from their homes. Faces of some fans were livestreamed on screens installed at the stage so that BTS could connect with their fans and hear their voices.

A multi-view mode allowed viewers to watch the concert from six different angles. The concert was also streamed through 4K and HD for an enhanced viewing experience, the agency said.

The weekend concert was the septet's second-ever online concert. The band held its first online concert "Bang Bang Con: The Live" in June, which attracted some 756,000 viewers from 107 countries and territories.

BTS recently made history by becoming the first K-pop act to top the Billboard 100 with its single "Dynamite." 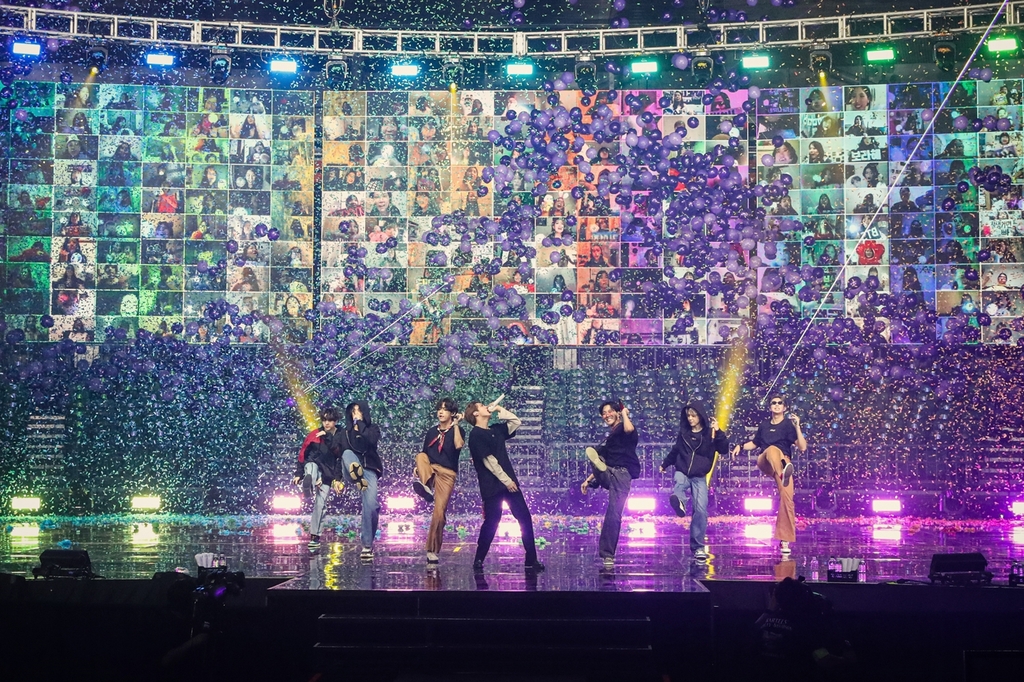 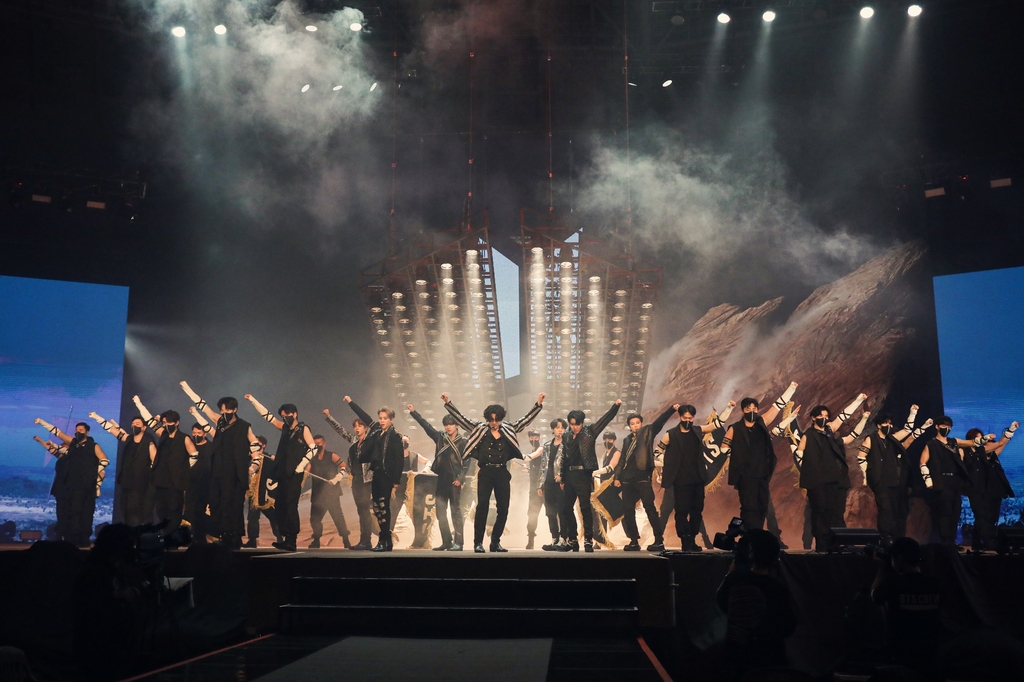