SEJONG, Oct. 12 (Yonhap) -- South Korea's finance minister said Monday the government will spare no efforts to maintain momentum of recovery in exports in the fourth quarter of this year.

Finance Minister Hong Nam-ki made the remarks at a meeting with senior ministry officials earlier in the day, the Ministry of Economy and Finance said in a statement.

On Monday, South Korea eased social distancing rules as daily infections of the new coronavirus appeared to come under control, following a resurgence in mid-August.

Earlier in the day, South Korea reported a 28.8 percent drop in exports for the first 10 days of October, mainly due to fewer working days.

Per-day exports, however, rose 2.8 percent in the 10-day period and exports of semiconductors, the nation's key export item, gained 11.2 percent. 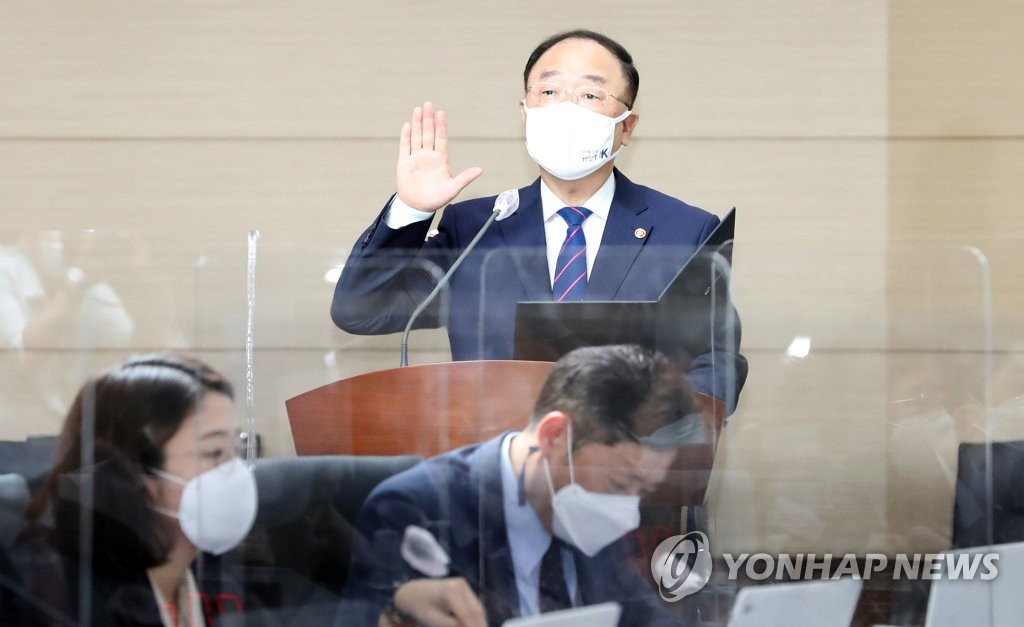