The government announced Sunday that with falling new infections, 10 types of "high-risk" facilities would be allowed to reopen, including various bars, karaoke rooms, large cram schools with 300 or more registered students, and buffet restaurants.

The news came as a relief to such businesses, which were forced to close in August amid a spike in COVID-19 cases in the country, but many business owners maintained a cautious outlook due to the strict social distancing guidelines they will be required to follow within their establishments. 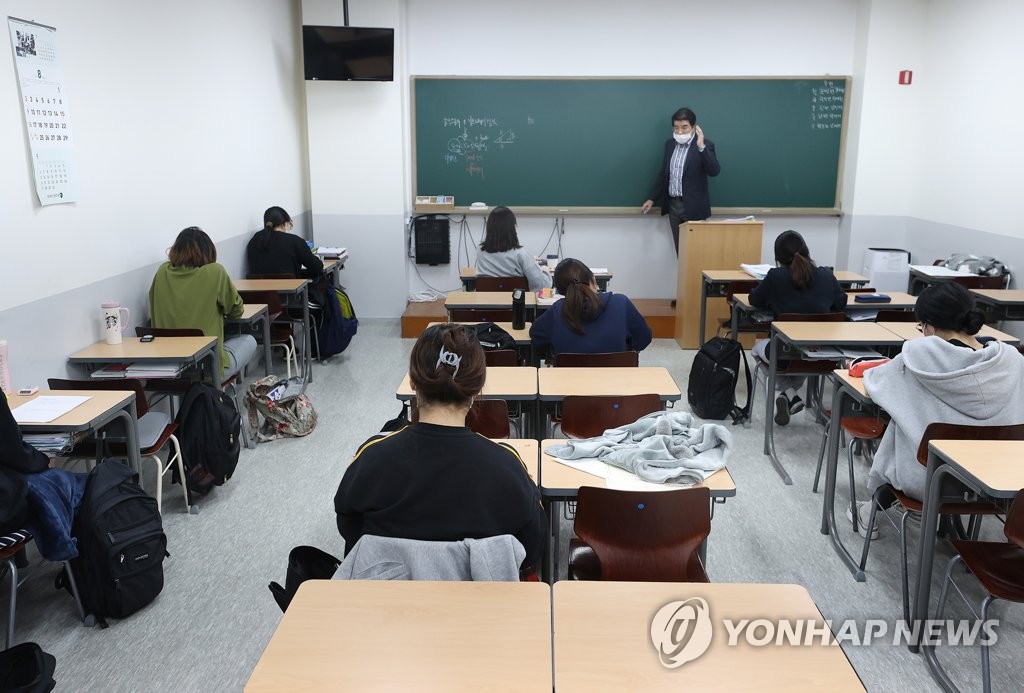 "I signed up for three months of TOEIC classes in August, but soon after, I had to take my classes online," said a 25-year-old job seeker, referring to a standard English language exam required by many employers.

"I struggled because I couldn't concentrate on my own, and came out for in-person classes as soon as I heard they were open again," he said, heading to his cram school near Gangnam Station in southern Seoul.

Inside the reopened schools, precautionary measures were taken in line with government guidelines with hand sanitizer on site, QR-code based entry logs and thermal cameras to check body temperatures.

One restaurant in the financial district of Yeongdeungpo Ward looked nearly full aside for the seats that were left empty to maintain social distancing.

After taking the temperatures and QR-code based logs of customers, employees issued constant reminders that masks and disposable gloves must be worn at all times when taking food from the buffet table. 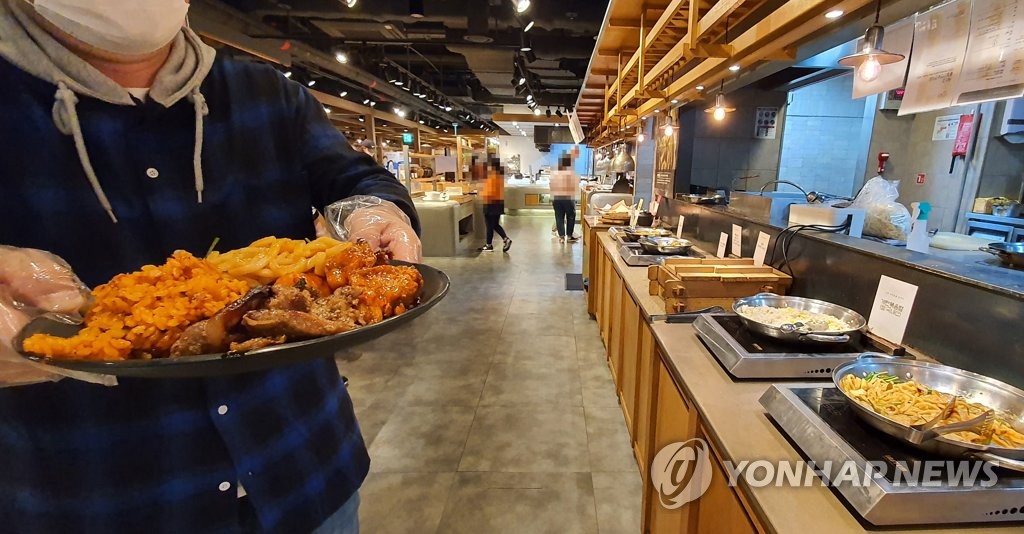 In the shopping district of Myeongdong, central Seoul, a Japanese buffet owner rushed to prepare for reopening on Tuesday.

For classes of 10 or more people, participants will be required to wear masks and maintain a safe distance from each other, according to one gym in central Seoul.

The earliest beneficiaries of the government's relaxed guidelines were the famous clubs of Hongdae, a college neighborhood in the capital known for its busy nightlife.

At only 10 minutes past midnight, a group of \people in their 20s was lined up outside one of these clubs.

"It was hard not having a place to dance, and I'm glad they're reopening before it gets colder," said a 22-year-old standing in line. "I bet there will be lots of people inside but I'll keep my mask on and be careful."

Clubs are among the facilities the government said will need to follow toughened restrictions if they reopen, by limiting their capacity to one person per 4 square meters.

Karaoke rooms also resumed business shortly after midnight, but most of them managed to attract only two or three groups of customers.

"We've reopened, but many people are still nervous, so we'll have to see how it goes," said 56-year-old Yun Jong-su, who has run a karaoke room in Hongdae for 24 years. "At least this street is popular among young people, so I hope I'll be able to stay in business." 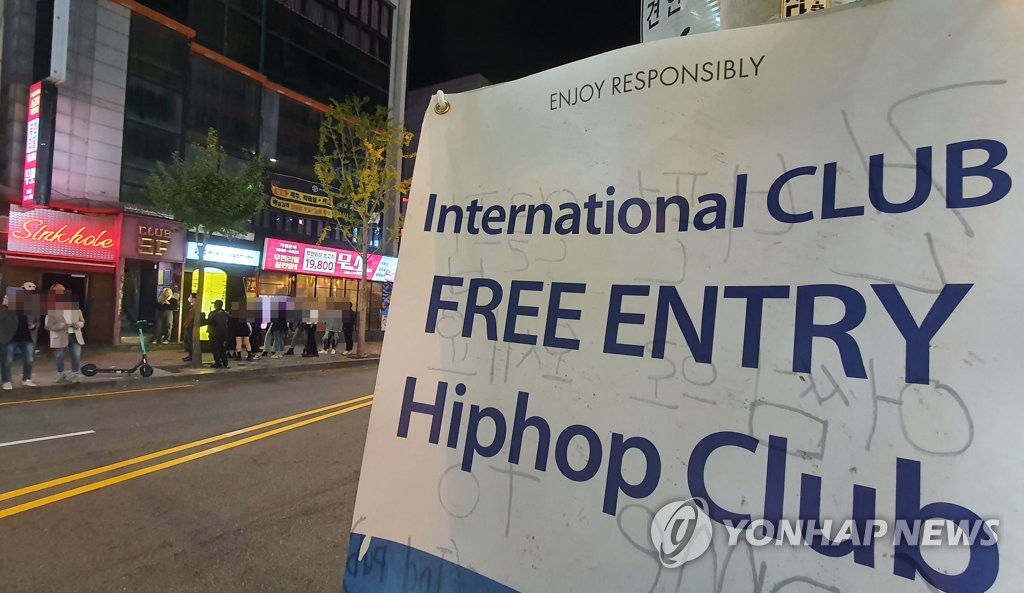