SEOUL, Oct. 12 (Yonhap) -- The Seoul office of the U.N. human rights body held a meeting Monday with a brother of a South Korean fisheries official killed by North Korea after he called for a U.N. probe into the killing.

During the two-hour meeting, the human rights office said it will report the case to the U.N. General Assembly as early as next week, according to Lee Rae-jin, the elder brother of the late official.

Lee earlier said he received an interview request from the U.N. office, calling it the first official reaction from the international organization after he called for an investigation into the incident.

The U.N. office said the purpose of the meeting was to gather information for an analysis, not for an investigation.

"When the case is reported, it will serve as a pressure on South and North Korea to come up with a clear stance," Lee told Yonhap News Agency.

The 47-year-old official was fatally shot by the North Korean military on Sept. 22 while adrift in the North Korean waters. Pyongyang has yet to respond to Seoul's calls for a joint probe into the incident.

Lee filed a request for a U.N. probe last week, raising strong doubts about the government's finding that his brother attempted to defect to North Korea.

The U.N. rights office in Seoul called on the two Koreas to conduct a prompt and impartial probe into the incident in line with international human rights law. 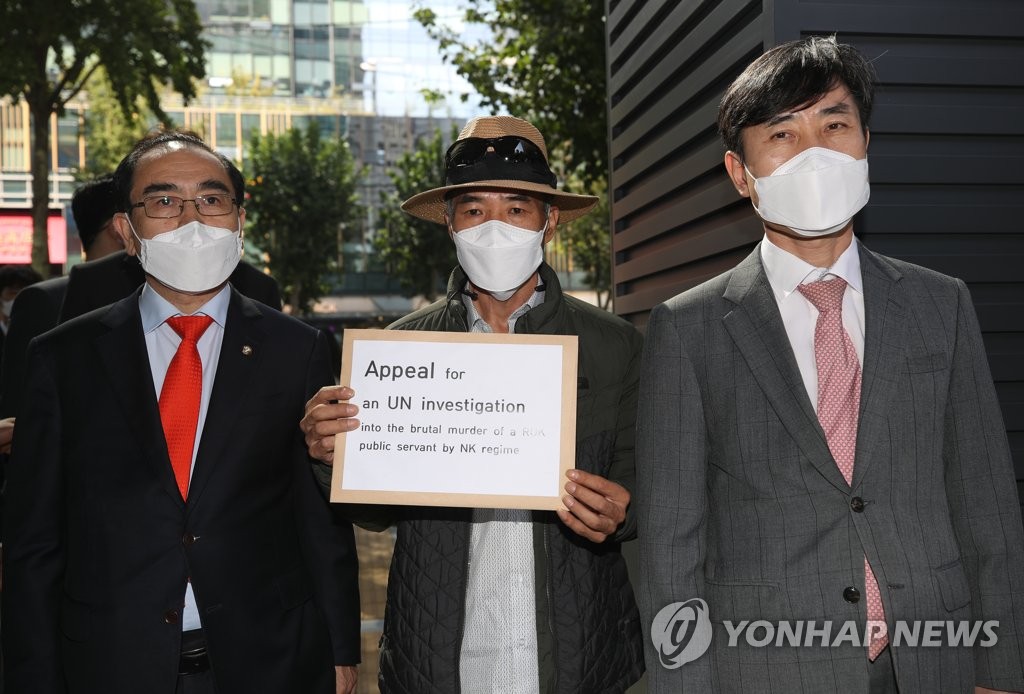