SEOUL, Oct. 13 (Yonhap) -- Kim Sei-young, freshly minted as an LPGA major champion, has soared to No. 2 in the world rankings.

Kim, who won the KPMG Women's PGA Championship on Sunday in Pennsylvania, jumped five spots to reach a career-high No. 2 in the latest rankings released Tuesday. Kim is right behind fellow South Korean Ko Jin-young, who hasn't played in an LPGA tournament this year during the coronavirus pandemic. 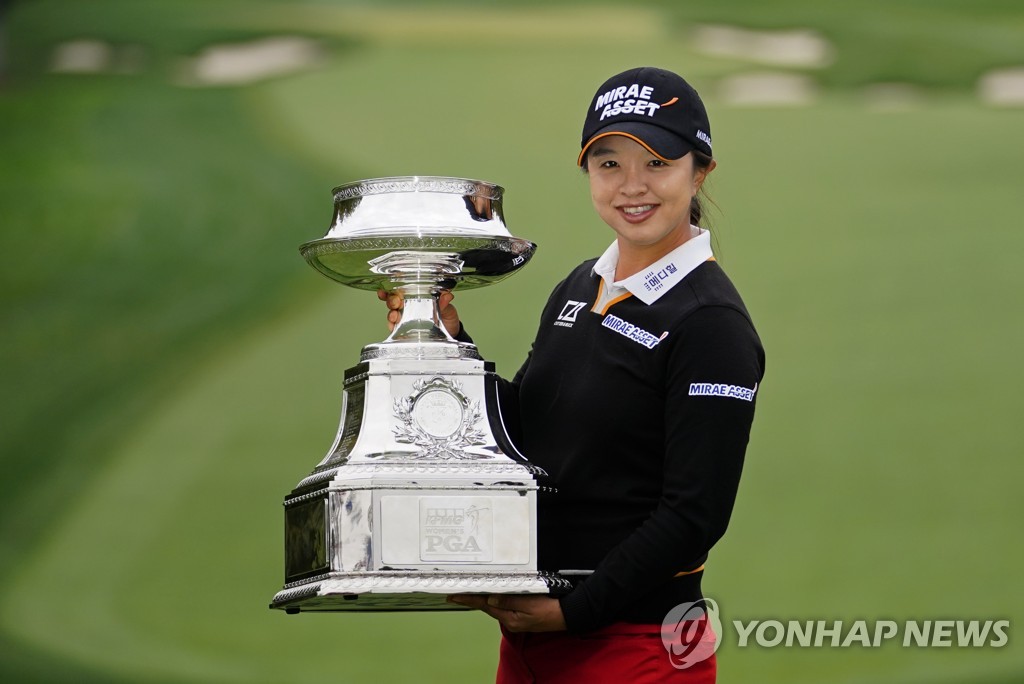 Kim dominated the field in claiming her first LPGA major title, as she finished with a tournament record score of 266 (14-under) and tied a tournament record with a 63 in the final round. Kim now has 11 career LPGA wins, having captured at least one title in every season since her debut in 2015.

Kim beat compatriot Park In-bee by five strokes. And Park herself made a big climb in the rankings, going from ninth to fourth.

There are currently four South Koreans in the top 10: Ko, Kim, Park and Park Sung-hyun (No. 8). 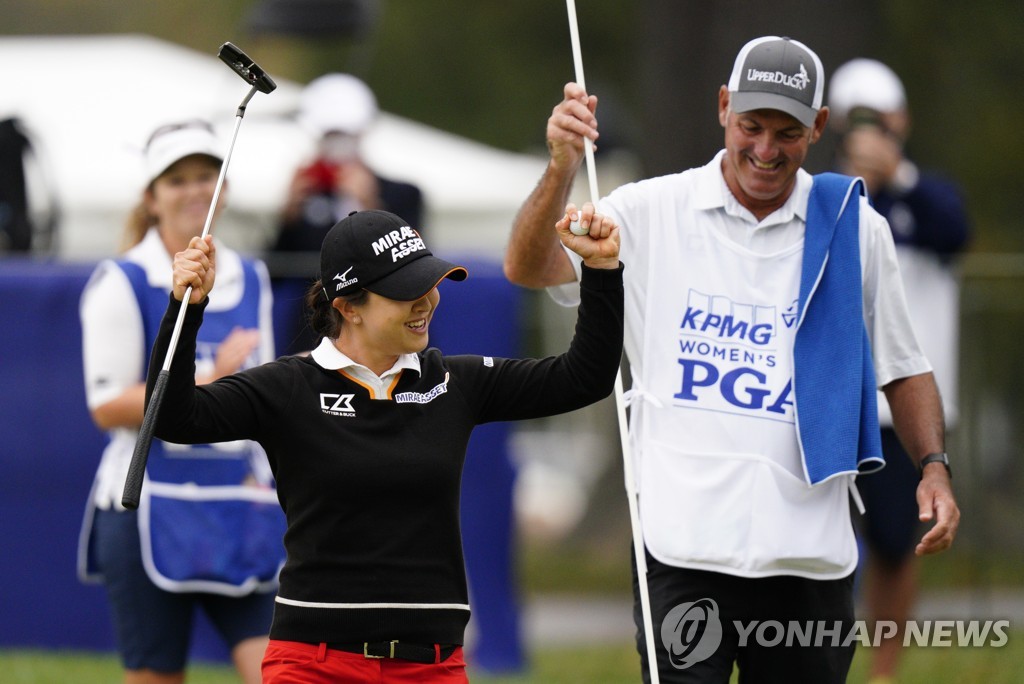