SEOUL, Oct. 13 (Yonhap) -- Choi Ji-man of the Tampa Bay Rays scored a run and contributed on the defensive end in his first game in the American League Championship Series (ALCS), becoming the first South Korean position player to appear on this late of a stage in a postseason.

Choi went 0-for-4 with three strikeouts and a run scored in the Rays' 4-2 victory over the Houston Astros in Game 2 of the American League Championship Series (ALCS) at Petco Park in San Diego on Monday (local time).

Choi also became the first South Korean batter to appear in an LCS game in either league. Choi, who bats left-handed, was benched for Game 1 as the Astros used three left-handed pitchers, including starter Framber Valdez. Choi is now two wins away from becoming the first Korean position player to reach the World Series. Three South Korean pitchers -- Kim Byung-hyun, Park Chan-ho and Ryu Hyun-jin -- have played in the World Series. 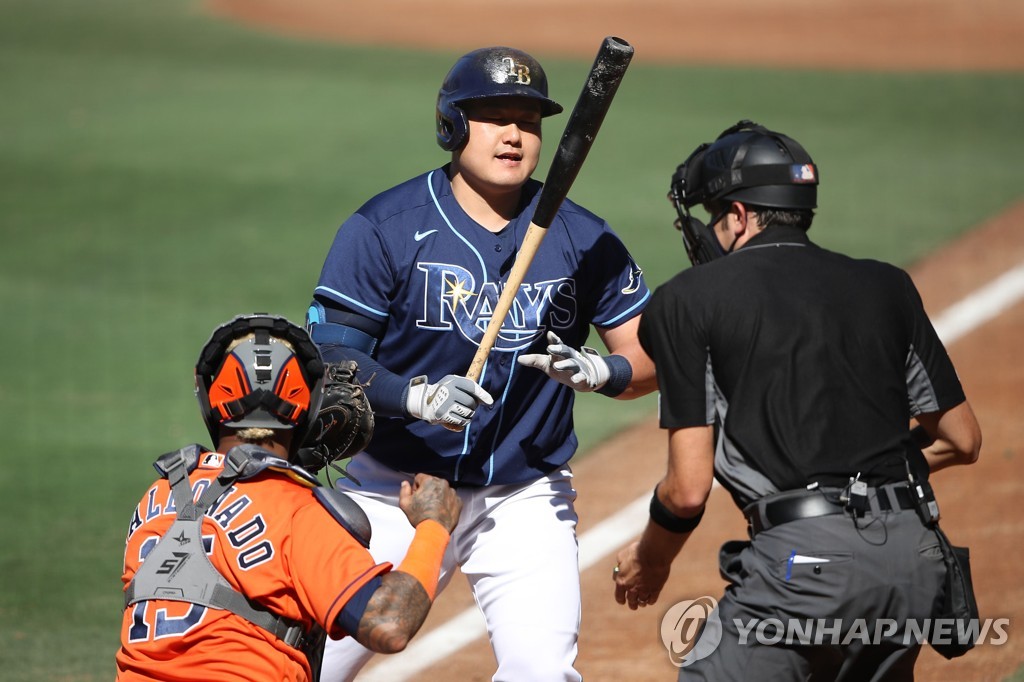 With right-hander Lance McCullers Jr. starting for the Astros, Choi was back in his familiar spot for Game 2, batting cleanup and playing first base.

Choi found himself in the middle of a pivotal play in the bottom of the first inning and scored a run following an Astros defensive miscue.

Choi came on with two outs and Randy Arozarena at first base, and hit a groundball right at second baseman Jose Altuve, who fielded the ball in shallow right field in a defensive shift. It should have been an inning-ending groundout, but instead Altuve short-hopped his throw to first baseman Yuli Gurriel, who couldn't make the grab and left Choi safe at first and Arozarena at second.

The Rays were gifted a new life, and Manuel Margot capitalized on it by smoking a three-run home run to straightaway center. 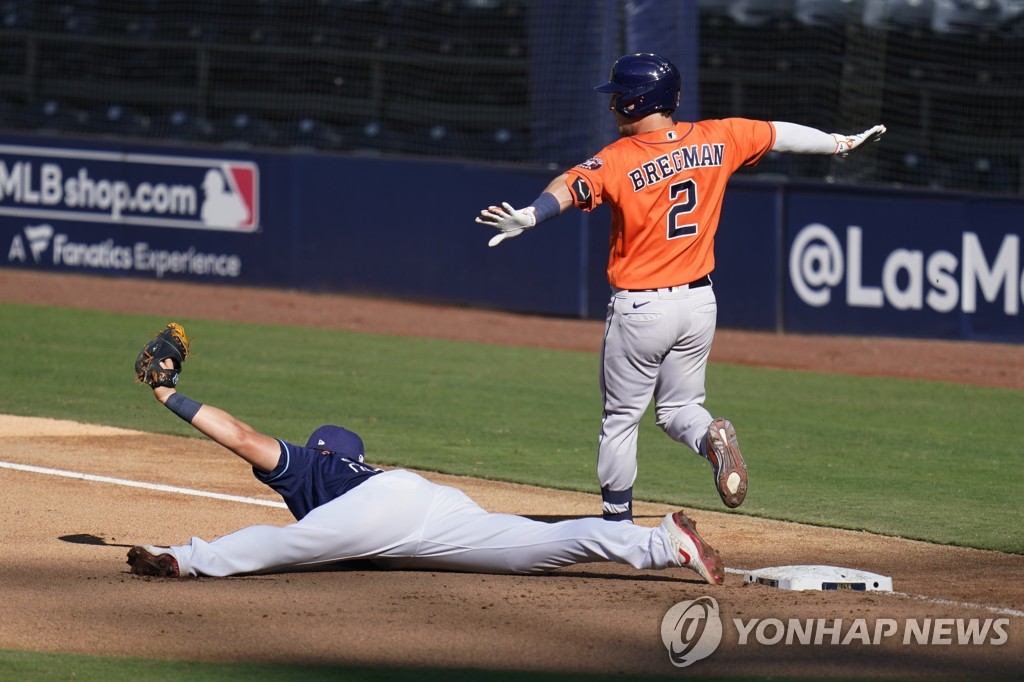 Choi struck out three times at the plate the rest of the way: in the third and sixth inning against McCullers Jr., and in the eighth against reliever Andre Scrubb.

But Choi made some fine plays at first base to help out fellow infielders. In the third, Choi stretched out for a great pick on a low throw by shortstop Willy Adames, who made an outstanding sliding grab himself, and Alex Bregman was out by a step.

Choi showed off his flexibility again in the top of the fifth with another leg split, this time nabbing a throw from third baseman Joey Wendle to get Altuve out at first.

Wendle and Choi connected for another strong play in the top of the eighth, with Choi just able to keep his toe on the bag on a stretch to retire Bregman. The play went to a video review and the original out call stood.

The Rays dodged a major bullet in the ninth. Choi couldn't come up with the grab of another Wendle throw, as Gurriel reached with a leadoff infield single. The Astros scored a run to close the gap to 4-2 and later had the bases loaded with two outs. Bregman flied out to center to end the game. 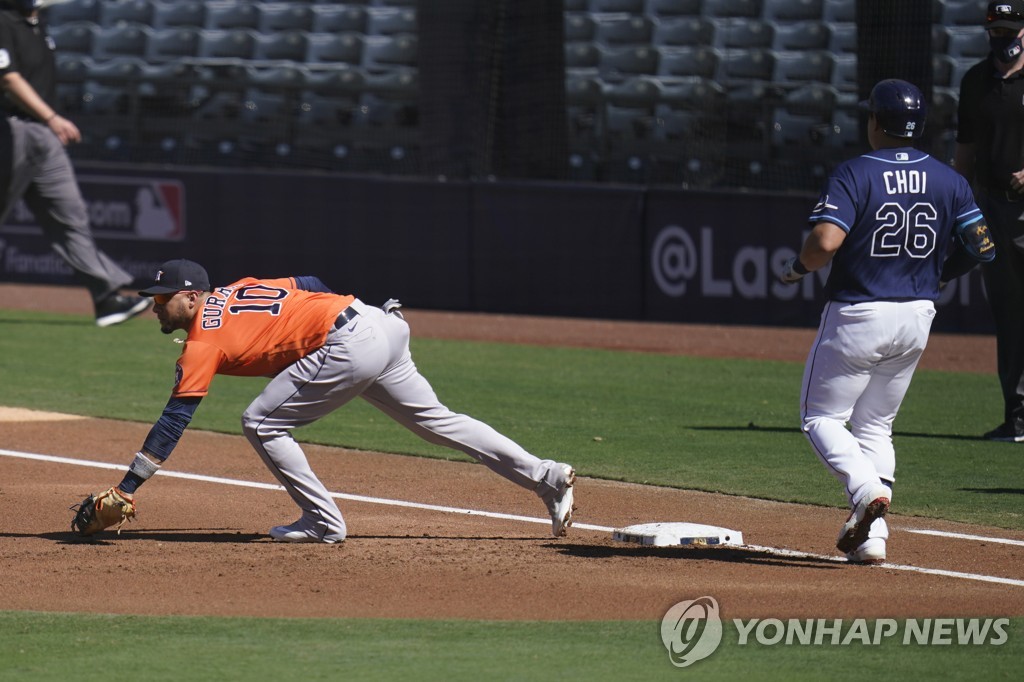