SEOUL, Oct. 13 (Yonhap) -- North Korea's top economic technocrat called for all-out efforts to successfully carry out leader Kim Jong-un's call for an "80-day campaign" to recover from flood damage and make as much progress as possible in the country's economic development project by year's end.

Pak Pong-ju, vice chairman of the State Affairs Commission, made the appeal during a military-civilian rally held in Pyongyang, days after the North staged a massive military parade over the weekend to mark the 75th founding anniversary of its ruling Workers' Party.

In early October, leader Kim ordered the "80-day campaign" until year's end to make a last-ditch push to "glorify" the party founding anniversary and "proudly conclude this year's struggle" ahead of a rare party congress scheduled for January.

"The remaining 80 days of this year are a very important and significant time period for our revolutionary advance," Pak said, according to the Rodong Sinmun, the official newspaper of the ruling party. "If we miss on this lifetime opportunity and delay our advance at all, we could end up facing horrible and multiple challenges on our way forward."

Pak added that the 80-day campaign should prioritize ensuring the safety and stability of people's lives, stressing that if even a single household in areas affected by recent typhoons faces winter before moving into a new home, it would undermine people's trust in the party.

In a separate article, the paper emphasized that the 80-day campaign should be focused mostly on preventing an outbreak of the new coronavirus, recovering from typhoon-inflicted damage and flooding and expanding farming production.

In August, leader Kim, in a rare occurrence, acknowledged that his five-year economic development plan to end this year had failed to achieve its intended goals in the face of unexpected internal and external challenges and pledged to unveil a new scheme during the party congress to be held in January.

During a speech ahead of the military parade on Saturday, Kim said that "new targets" for the country will be unveiled during the upcoming party congress, adding, "our Party's struggle for providing the people with happiness will develop onto a new stage." 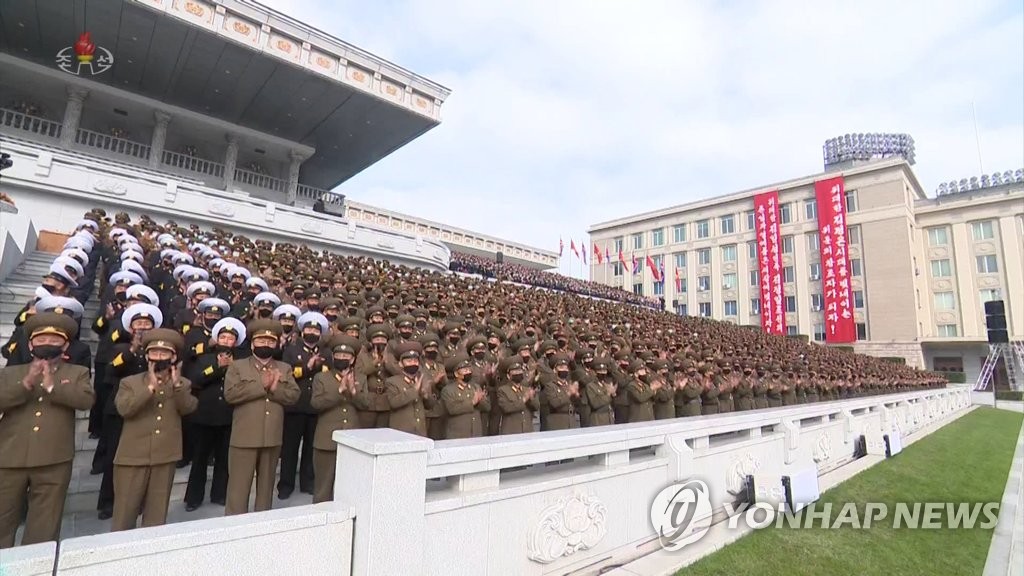