In a policy meeting chaired by President Moon Jae-in, Hong said the central government will give local governments more leeway in implementing the projects.

In July, South Korea said it will invest 160 trillion won (US$137 billion) by 2025 under the bold stimulus package that will create 1.9 million jobs and kick-start the virus-ravaged economy.

Of the total spending, 75.3 trillion won will be spent for projects outside the capital of Seoul, Hong said.

To help local governments better implement such projects, the central government will provide tax and other financial incentives to them, Hong said.

"Balancing regional development" is one of the key parts to successfully implement the New Deal projects, Hong told the meeting. 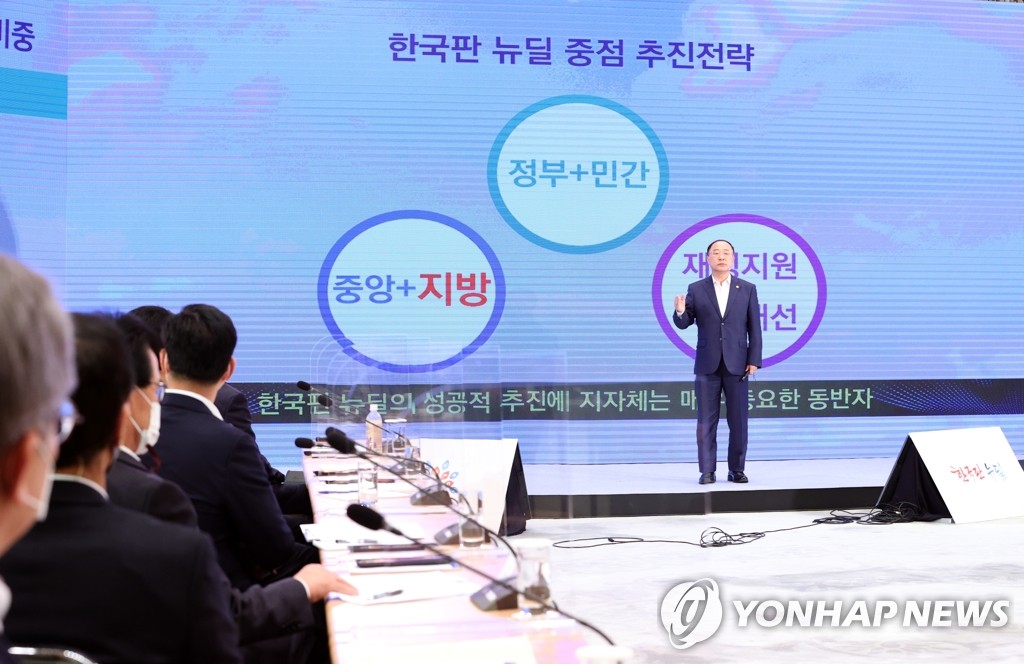 For example, the state-owned Korea Electric Power Corp. (KEPCO) plans to build offshore wind farms in the sea off Shinan County, about 400 km southwest of Seoul, according to the ministry.

The ministry plans to set up a task force for balanced regional development with the New Deal projects, Hong said.

Unlike conventional infrastructure projects, the New Deal features 28 projects that will transform the nation's fossil fuel-reliant economy into an eco-friendly one and increase state investment in artificial intelligence and fifth-generation (5G) telecommunication services.

The government plans to set up a fund worth 20 trillion won over the next five years to promote the New Deal projects.