The music video hit the milestone around 8:26 a.m., four years after its release in August 2016, according to YG Entertainment.

Prior to "Boombayah," "Ddu-du Ddu-du," a hit song released in 2018, and "Kill This Love," dropped in 2019, achieved the feat. No K-pop band other than the quartet has three music videos with over 1 billion YouTube views for now.

"Boombayah" is one of the two main tracks of "Square One," BLACKPINK's debut single album.

"Ddu-du Ddu-du" and "Kill This Love" currently have some 1.35 billion and 1.06 billion YouTube views, respectively, according to the agency.

"The Album," BLACKPINK's first full-length album, which was released on Oct. 2, debuted at No. 2 on the Billboard's main album chart this week, setting a new record in the history of South Korean girl groups.

The album also ranked No. 2 on the main album chart of Official Charts, which compiles album performances in Britain, while its main track "Lovesick Girls" topped the weekly Global Top 100 Songs Chart on YouTube. 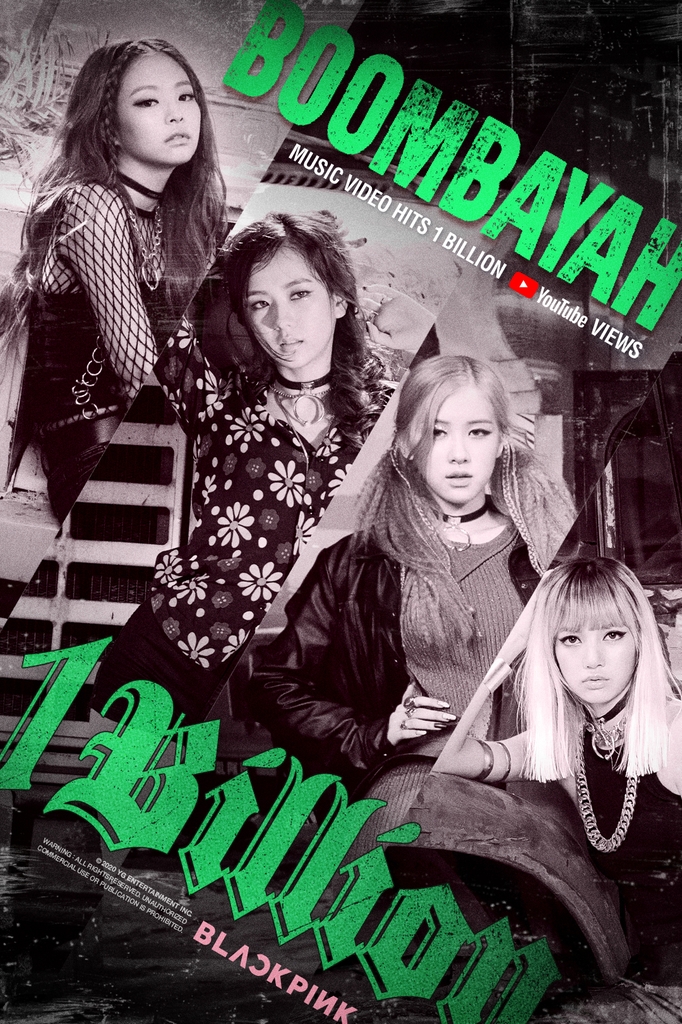