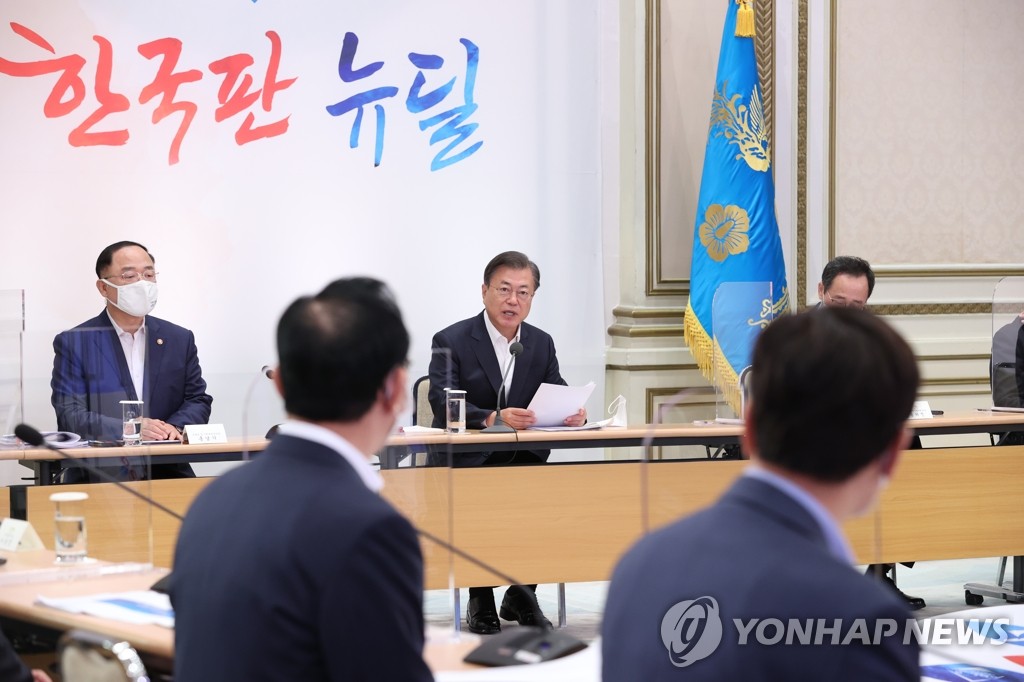 Moon earlier announced a plan to pour 160 trillion won (US$140 billion) into various public and private programs, including AI government, SOC digitalization, green energy and a smart green industrial complex, as part of efforts to create jobs, revitalize the economy and prepare for the post-coronavirus era. 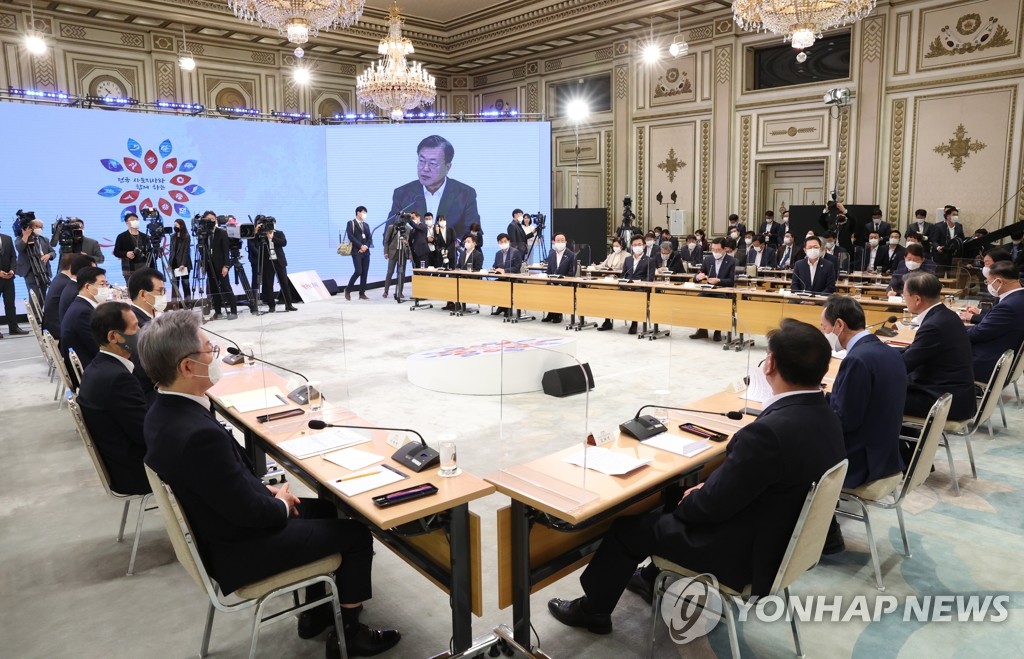 Moon stated that his government will spare no incentive and other financial support for relevant New Deal programs.

He suggested that the government, local authorities and the private sector join forces for the speedy implementation of the New Deal drive.

The Gyeonggi governor laid out a vision for promoting an app-based food ordering and delivery service, which the provincial authorities are preparing to launch, by connecting it with a local currency in use there.

Lee described it as part of the Gyeonggi version of the Digital New Deal aimed at injecting fresh vigor into the regional economy.

"By eliminating unfairness in the platform industry, it will be able to play an exemplary, or pilot if not decisive, role in creating a healthy market environment," he said. 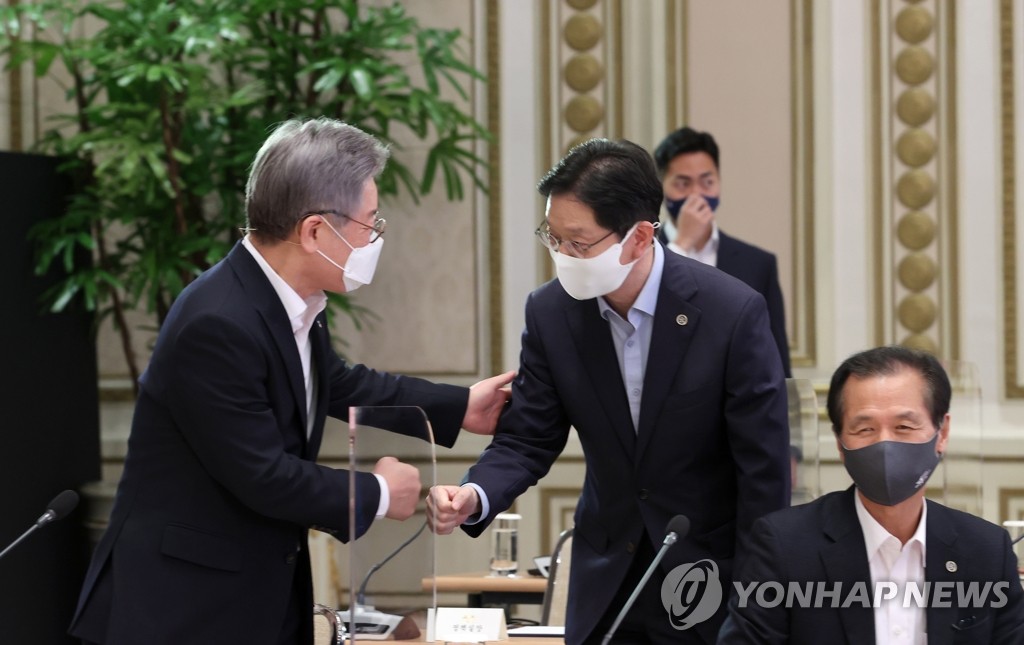 Won, governor of Jeju, announced a blueprint for making the southern resort island free of carbon emissions by 2030. He said Jeju would spearhead South Korea's Green New Deal in the coming decade on the basis of its low-carbon and environment-friendly energy use efforts during the past 10 years.

The South Gyeongsang Province governor emphasized the need to create metropolitan transportation networks in major local economic blocs that are similar to those in the Seoul capital area. 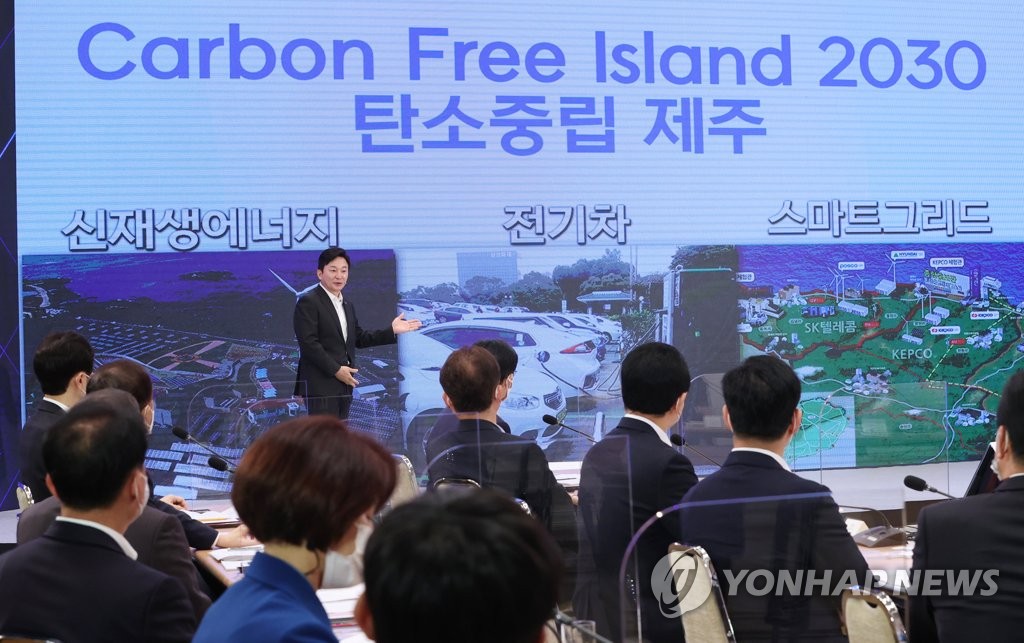