SEOUL, Oct. 13 (Yonhap) -- The number of daily new imported cases of the novel coronavirus surpassed 30 on Tuesday for the first time since late July, putting a strain on South Korea's virus fight.

The country added 102 COVID-19 cases, including 33 imported infections, raising the total caseload to 24,805, according to the Korea Disease Control and Prevention Agency (KDCA).

It marks the first time since July 29 that the company's daily new imported COVID-19 cases surpassed the 30 mark, it said. 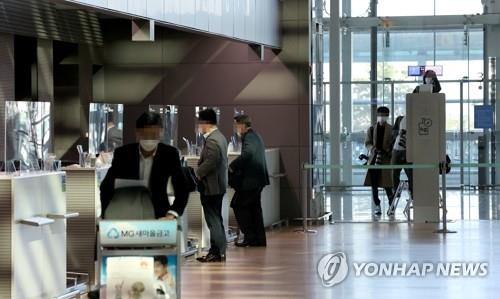 The number of daily imported cases has stayed between 10 and 20 since late August even when the country's total daily new cases rose by triple digits.

Of the new imported cases, 14 of them came from Russia followed by five from Japan, and four each from the United States and Nepal.

The KDCA said 11 of the 43 Nepalese who entered South Korea on Saturday for language study tested positive for the virus.

Health authorities cited an increase in imported cases to a global resurgence in recent weeks. A total of 37.08 million COVID-19 patients had been confirmed globally as of Monday morning, with 1.06 million of them dead.