The scandal centers on two asset management companies, Lime and Optimus, whose sham private equity funds generated a total of more than 1.5 trillion own (US$1.3 billion) in losses for some 4,000 investors. After heavy investment losses, the companies declared that they are unable to return invested money to investors in October last year and June, respectively.

The investment fraud cases have recently spilled over to political circles following reports that the companies lobbied or engaged with several presidential officials and ruling party lawmakers.

An inside document reportedly written by Kim Jae-hyun, the CEO of Optimus who is now facing trial, accused several Cheong Wa Dae and ruling Democratic Party officials of sharing profits from the company's private equity funds.

As for the Lime case, Kim Bong-hyun, the former head of Star Mobility, which attracted investment from Lime, testified as a court witness earlier this month that he provided 50 million won to Kang Gi-jung through a third person while Kang was serving as senior presidential secretary for political affairs in 2019.

Calling the statement "groundless," Kang filed a lawsuit against Kim on Monday on defamation and perjury charges. 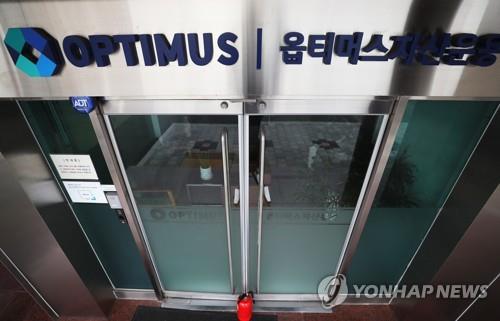 Seizing on the allegations, however, lawmakers of the main opposition People Power Party (PPP) fueled further accusations during a parliamentary audit on Monday.

They criticized the Seoul prosecution office for failing to properly look into the lobbying suspicions even though it secured the Optimus document during a raid last summer. 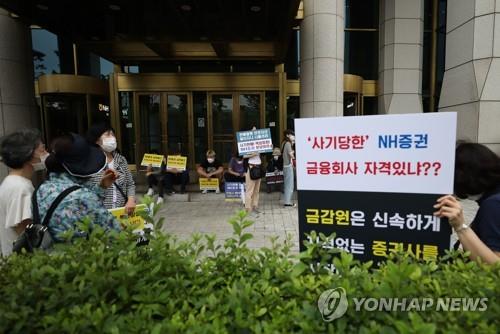 Justice Minister Choo Mi-ae tried to dissipate the allegations during a parliamentary inspection session on Monday.

"The Seoul Central District Prosecutors Office has said that the media reports (on the inside Optimus document) listing the names of Cheong Wa Dae and ruling party figures are totally far from the truth," Choo said Monday, repudiating alleged links between Optimus and DP lawmakers.

On the same day, Prosecutor General Yoon Seok-youl approved a plan to increase the number of prosecutors looking into the Optimus case at the prosecution office to find the truth about the lobbying allegations.

"If the case is put in the hands of the prosecution now, it would never be investigated strictly and thoroughly," Joo said in a party meeting Tuesday. 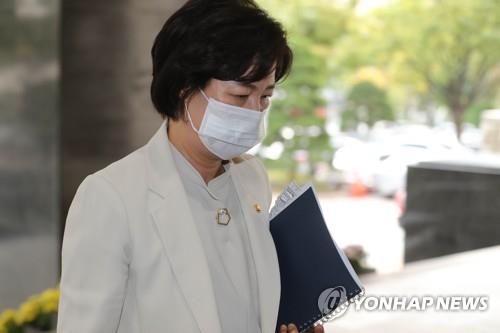