SEOUL, Oct. 13 (Yonhap) -- Fans of K-pop superstar BTS on Tuesday voiced frustration over the social media storm in China that has erupted over member RM's recent remarks honoring those sacrificed during the Korean War.

In an Oct. 7 ceremony hosted by the U.S.-based nonprofit organization The Korea Society, RM, who spoke on behalf of the group that received an award for its contributions to Seoul-Washington ties, referred to the 1950-53 war where the two countries fought together.

"We will always remember the history of pain that our two nations shared together and the sacrifice of countless men and women," the BTS rapper said on the fighting that remains one of the most significant events in the country's modern history.

Around 1.95 million people from 22 countries, including the United States, Britain, Canada and Turkey, as well as six countries that extended medical support, also took part in the three-year war. Of them, 37,902 were killed and 103,460 wounded, according to government data. 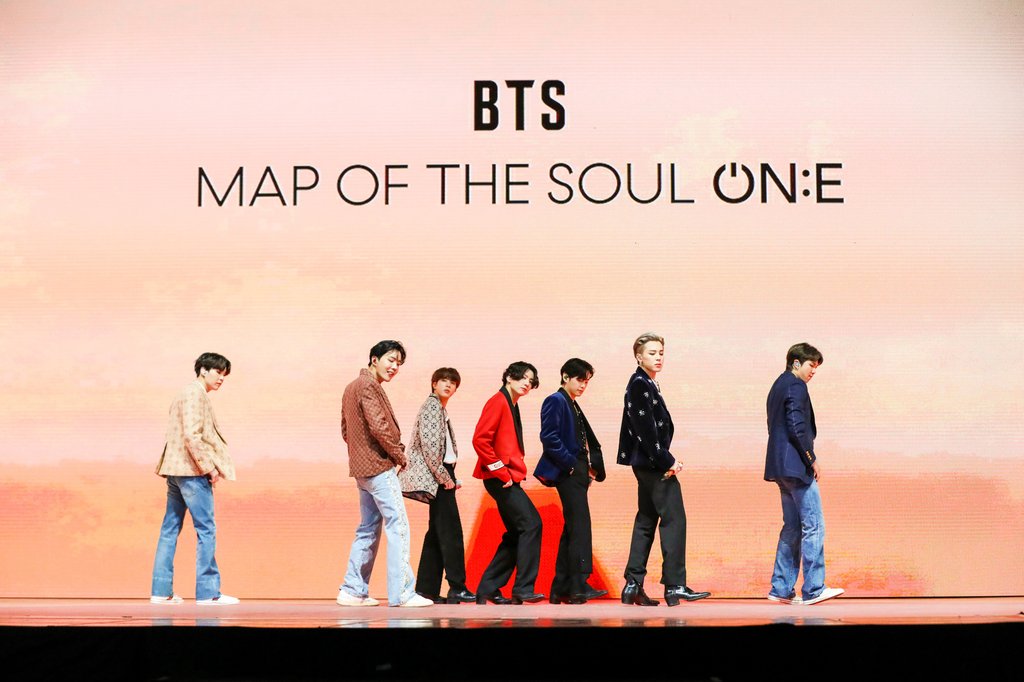 The comment, however, stirred up a controversy in China after some people took issue with it for not acknowledging the sacrifice of Chinese people who also fought -- on North Korea's side -- during the war.

In a story filed with the headline "BTS hurts the feelings of Chinese netizens and fans during a speech on the Korean War," the Chinese state daily tabloid Global Times called the remark one that "reflected a one-sided attitude."

On the country's social media platforms, such as Weibo, users have shared hashtags and posts condemning the band and threatening to boycott brands affiliated with the group.

The virtual backlash developed into a bigger case as some big names, such as tech giant Samsung, automaker Hyundai and sports brand Fila, apparently removed references or products involving the group in the Chinese market.

China's foreign ministry also stepped in, with spokesman Zhao Lijian saying the ministry has noticed the report and successive response. He added that it is worth looking toward the future and seeking friendship based on lessons from history.

Seoul's foreign ministry said that the government is monitoring and paying attention to related developments to ensure that the controversy will not affect efforts to enhance mutual understanding and bonds between citizens of the two countries.

Most fans of the K-pop megastar appeared furious, claiming that RM's innocent remarks have been misunderstood and wrongly politicized.

"(RM) spoke about the significance of the award given to people who helped advance relations between South Korea and the United States, and voiced his gratitude. I feel people are going overboard by bringing that to a political, diplomatic area. It's really not good," said a 35-year-old Seoul resident, who is an ARMY, the name of the band's dedicated fan base. 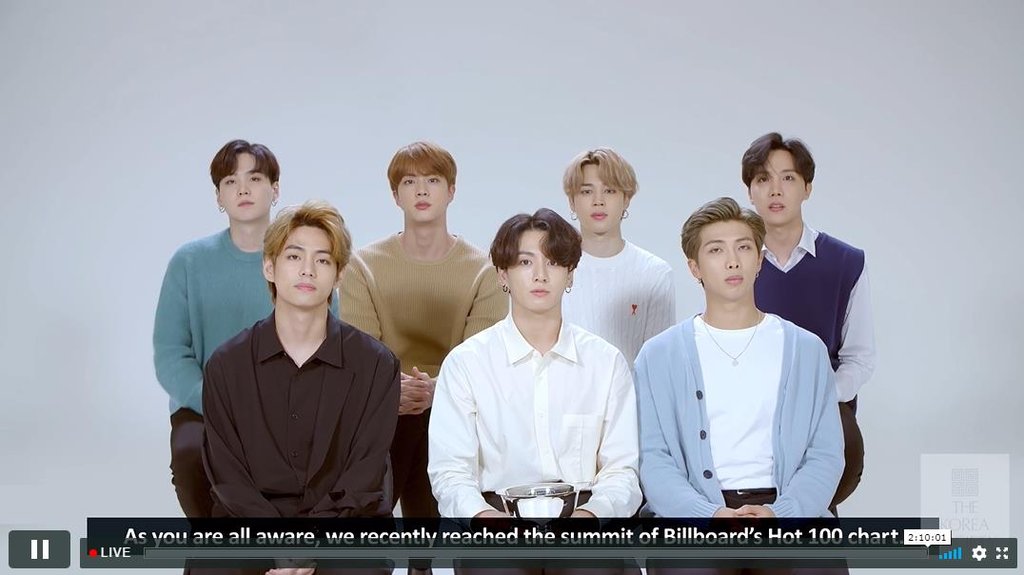 Similar views have filled Twitter, with fans questioning why the comment became controversial in the first place given that the event was one celebrating the friendship between Seoul and Washington, and that RM did not mention China.

They also voiced regret over how companies reacted too quickly by pulling products or removing social media promotions featuring BTS.

Things appeared to be more complicated for C-ARMY, or the band's fan base in China, which is traditionally a huge market for the Korean entertainment industry.

Some fans declared their unwavering support for the group and said that fans who continue to support the band are being bullied for being "unpatriotic."

However, some others voiced regret over the remark, saying that nationality comes ahead of being a fan.

One Twitter user, who shared an image of a fist pounding what appeared to be the name of Big Hit Entertainment, demanded the agency release an explanation for Chinese fans who have contributed to downloads and album sales.

This is not the first incident Chinese social media users have come down on a foreign brand or personality. A spate of fashion brands, for example, had come under similar attack for what consumers claimed as insulting national sentiment.

Asked about his stance on the recent controversy, Mo Jong-hwa, chief of the Military Manpower Administration (MMA), said that it is "quite encouraging that BTS stressed the Korea-U.S. alliance."

"It is quite uncomfortable that some Chinese net users made such (negative) comments on the matter," Mo said during a parliamentary audit of his agency on Tuesday.

BTS, which debuted in 2013, is one of the most popular acts in the global music industry. It recently made history by becoming the first K-pop group to top the Billboard Hot 100. Its latest online concert drew nearly 1 million paid viewers from 191 countries and territories.