"BTS Pop-up: Map of the Soul" will first open on the septet's online fan community BTS Weverse for fans in South Korea and the United States on Oct. 23 and run until Jan. 24, 2021, according to Big Hit Entertainment.

From Nov. 14, separate online stores will be available for fans in Japan, seven other Asian countries including Indonesia, Malaysia and Singapore and 15 European countries like Germany and France. They will close on Feb. 14.

The pop-up stores will have showcases in Seoul, Tokyo and Singapore on the same timeline, with prior online reservations required in accordance with anti-COVID-19 guidelines, Big Hit said.

The new BTS shops will provide items and goods inspired by "Map of the Soul: 7," which was released in February. 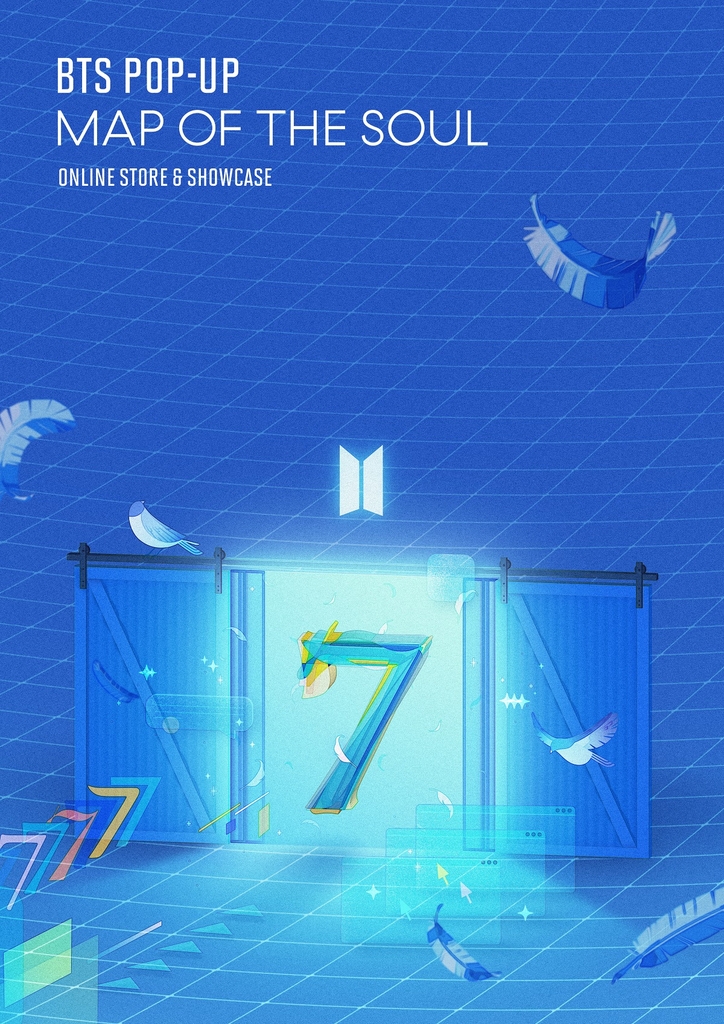