SEOUL, Oct. 13 (Yonhap) -- South Korea and the United States will hold vice-ministerial economic talks via video links this week that are expected to focus on various U.S. policy initiatives aimed at countering an assertive China.

This year's SED was supposed to take place in Washington, but the two sides decided to have the meeting virtually due to the COVID-19 pandemic.

The talks come as Washington has been pushing to build a united front with like-minded countries to keep China in check, including an envisioned initiative to shift global supply chains away from China, known as the Economic Prosperity Network (EPN).

In June, Krach explained to South Korea the concept of EPN during a phone call with Lee, officials said.

In Wednesday's talks, the U.S. side could also ask for South Korea's cooperation and understanding for its sanctions limiting global chip supplies to Chinese tech giant Huawei on the grounds of what Washington has cited as security concerns, according to officials.

"The two sides will broadly exchange views on various issues of global cooperation in relation to the pandemic situation, science and technology, energy, linking the New Southern Policy and the Indo-Pacific strategy and women's empowerment in economic and new technology fields," the foreign ministry said in a release on Tuesday. 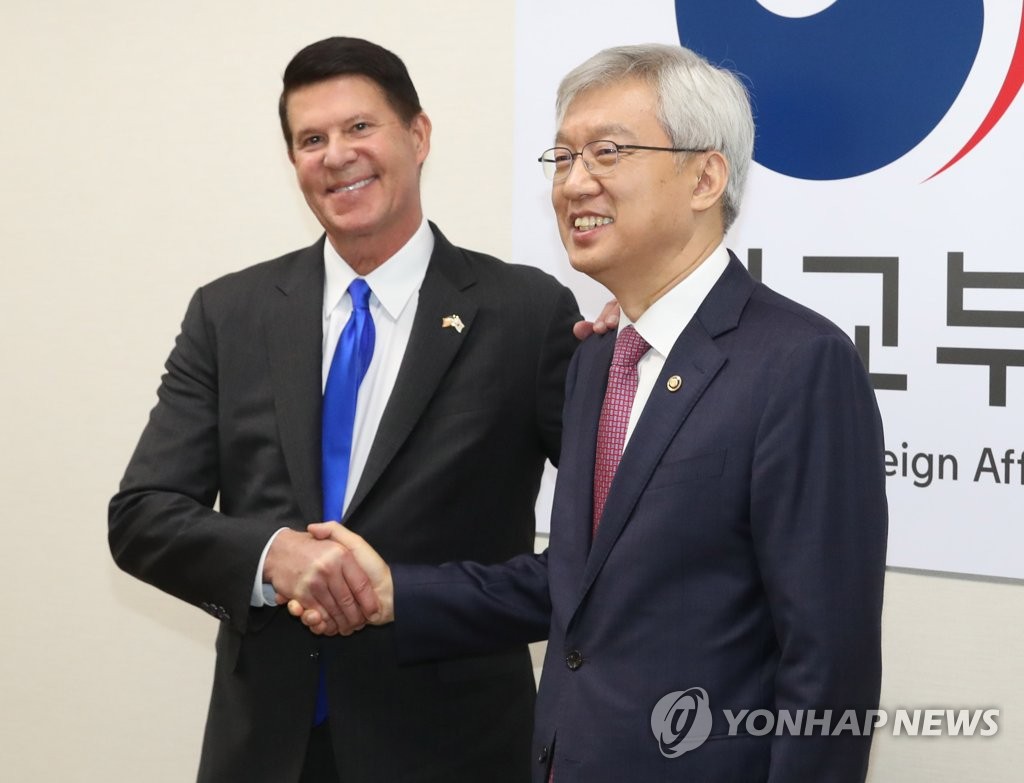