SEOUL, Oct. 13 (Yonhap) -- South Korea's military is expected to run short of troops from around 2032 due to a shrinking population amid low birthrates, the military recruitment agency chief said Tuesday.

The Military Manpower Administration chief, Mo Jong-hwa, made the remark during a parliamentary audit session, saying detailed discussions should begin to come up with measures to cope with the expected shortage.

"We're going to run short of personnel," he said.

Asked to comment on the possible shift to a voluntary recruiting system, Mo said it appears to be time to prudently and specifically begin preparations for how to deal with the manpower fall in the long term.

In the face of the demographic changes, the military has been reorganizing units and deploying weapons developed with the latest technologies. 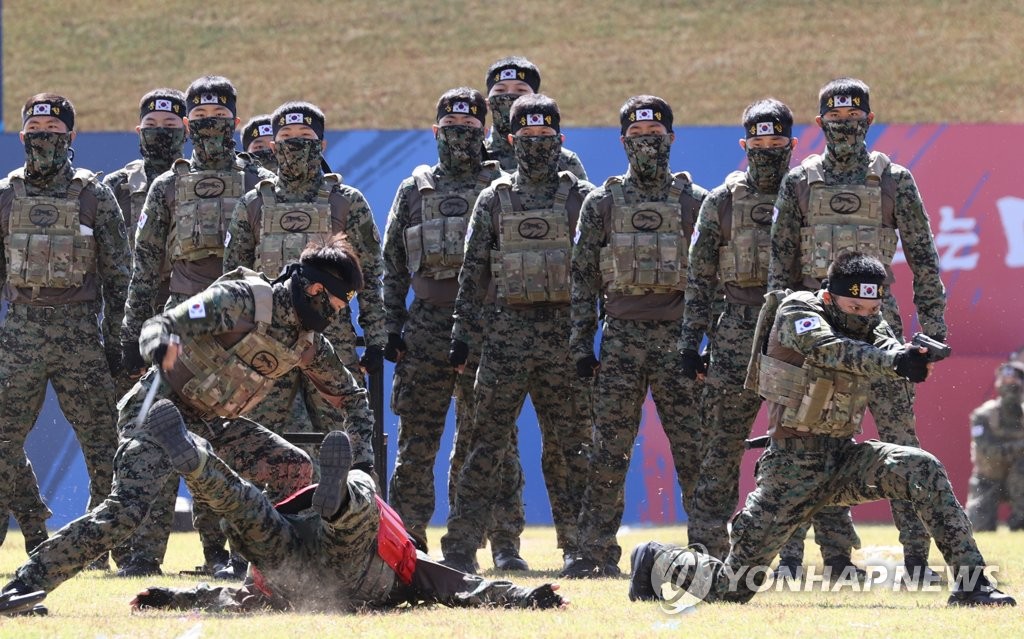