SEOUL, Oct. 13 (Yonhap) -- The head of the South Korean national Olympic body won't have to give up his International Olympic Committee (IOC) membership in his reelection bid, following the sports ministry's approval of changes to controversial election rules on Tuesday.

The sports ministry announced that it has approved amendments to rules for the Korean Sport & Olympic Committee (KSOC) guiding its presidential elections.

Under a previous set of rules, an incumbent KSOC president had to resign 90 days before a reelection if he or she wanted to pursue a second term. 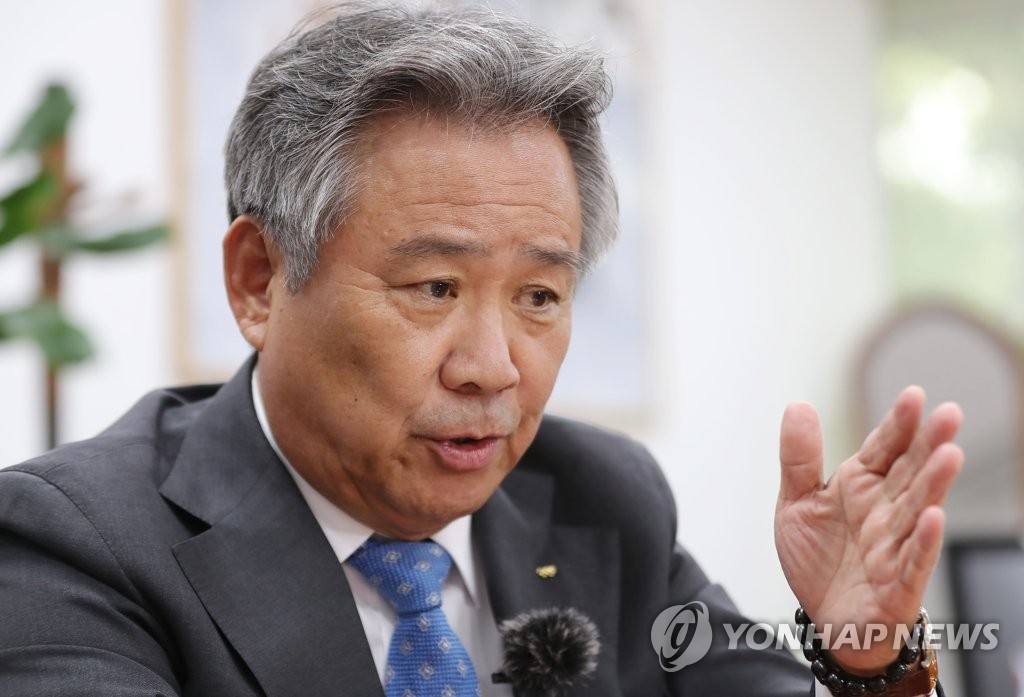 Lee was elected as an IOC member in 2019, and his membership is linked to his function as the head of his country's national Olympic committee. This means he will have to remain as KSOC chief to retain his IOC membership. Lee, who became KSOC's president in October 2016, said late last month that he would pursue a second term at the KSOC's helm, even if it meant losing his IOC membership. The election is set for Jan. 18, 2021.

In April, the KSOC's board unanimously passed amendments to the election rules, so that the current president wouldn't have to resign to run for a second term but would instead only be suspended from duties during the election campaign. In that case, Lee wouldn't have to give up his IOC membership during his KSOC campaign, and if he's reelected to the top KSOC job, he would remain an IOC member for four additional years as well.

The sports ministry, though, didn't give its final stamp of approval right away, citing the need to ensure fairness in the election. The ministry's drive to split up the KSOC into two entities -- one handling elite sports and the other overseeing sports for all -- and the KSOC's pushback also appeared to be tied to the ministry's reluctance.

Then on Tuesday, the ministry said it decided to give its green light on amendments after reviewing their implication on legality and transparency of the election.