The IMF's latest forecast represented a slight upgrade from its previous prediction of 2.1 percent contraction in June.

The IMF also painted a somewhat brighter picture of the global economy as advanced nations reopened their economies, although the pandemic has showed no signs of weakening.

The global economy is expected to shrink 4.4 percent this year, compared with a 5.2 percent contraction predicted in June, according to the IMF.

The rapidly spreading coronavirus pandemic is expected to cause a global recession this year as it has shut down factories and cities around the world. 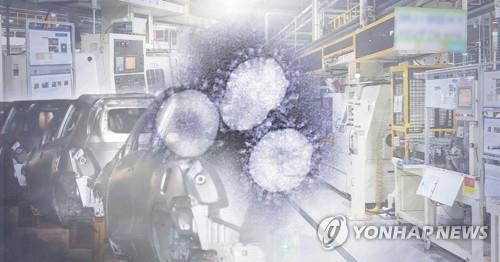 The extra budget raised the total of the nation's stimulus packages to 278 trillion won as the government has stepped up fiscal and monetary responses to the pandemic.

South Korea has pledged to maintain an aggressive fiscal policy to fight the pandemic, which will push up the debt-to-GDP ratio to 43.5 percent this year, compared with some 40 percent before the virus.

However, South Korea saw exports rebound in September after seven months of decline, helped by increased shipments of chips and automobiles as major trade partners gradually resumed their business activities.