SEOUL, Oct. 13 (Yonhap) -- Chung Euisun, heir apparent of Hyundai Motor Group, will be promoted to the position of chairman this week, sources said Tuesday, as the automotive group seeks to further push its future mobility drive under the new leader.

Chung, who currently serves as executive vice chairman, is expected to be named head of the nation's second largest conglomerate at a board meeting on Wednesday, according to the sources.

If confirmed, the 49-year-old will officially succeed his father, Chung Mong-koo, who has been chief of the automotive group since 2000. 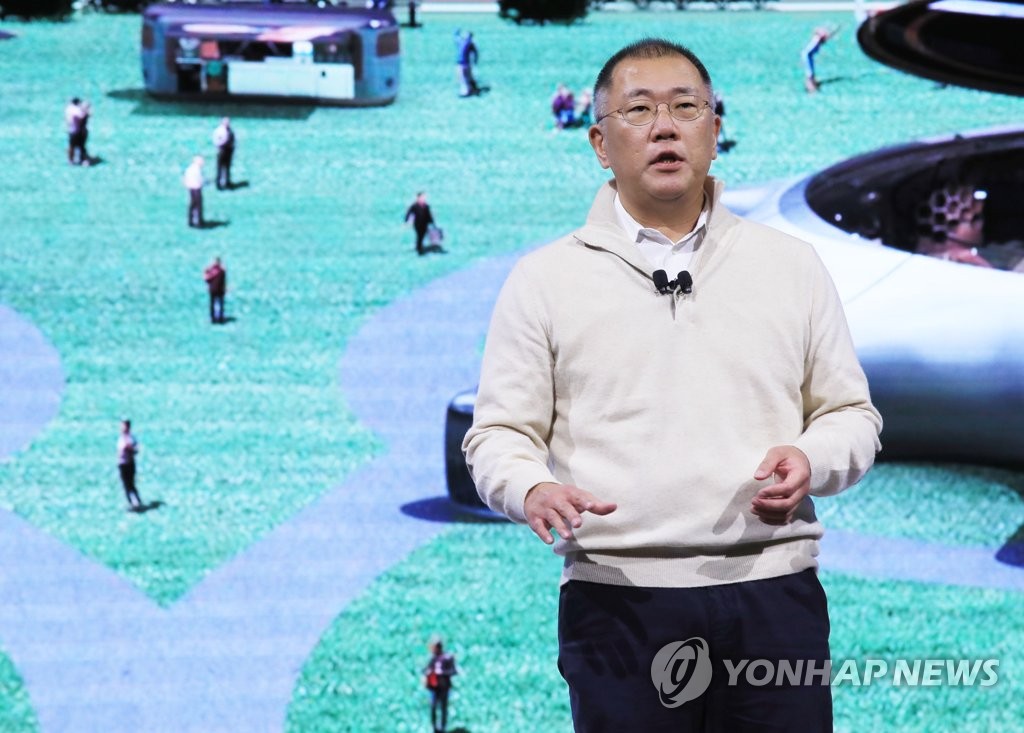 Chung Euisun has been already acting as the de-facto leader of Hyundai Motor Group, which has South Korea's top two automakers, Hyundai Motor Co. and Kia Motors Corp., under its wing, since he was named the group's executive vice chairman in September 2018.

He has been gradually taking over the management power of the group from his father. Last year, he was named CEO of Hyundai Motor and Hyundai Mobis Co. and in March this year, he became the chairperson of Hyundai Motor's board of directors.

In July, Chung Mong-koo, 82, was hospitalized due to inflammation inside his large intestine, but the group apparently had no management vacuum as the son already had firm control of the auto conglomerate.

Industry insiders said Chung's job will not change much even if he gets promoted, while expecting the automotive group to make quick decisions in reorganizing its business structure and setting future goals.

Chung has been emphasizing the importance of the future mobility business, and has been trying to boost the automaker's competitiveness in environment-friendly vehicles and autonomous driving technology.

Hyundai Motor heir to be promoted to group chairman: sources

Hyundai Motor heir to be promoted to group chairman: sources