BERLIN, Oct. 13 (Yonhap) -- Hundreds of people staged a rally in Berlin on Tuesday to protest a district office's order to remove a statue in the German capital symbolizing victims of Japan's wartime sexual slavery.

Some 300 activists and citizens gathered near the statue, formally called "The Statue of Peace," in Berlin's Mitte district and marched to the Mitte district office, demanding the German city authorities revoke the removal decision.

Korea Verband, a Berlin-based civic group with South Korean ties, and its supporters set up the statue in a public place in Berlin's Mitte district last month to draw international attention to the issue of wartime sexual slavery victims. 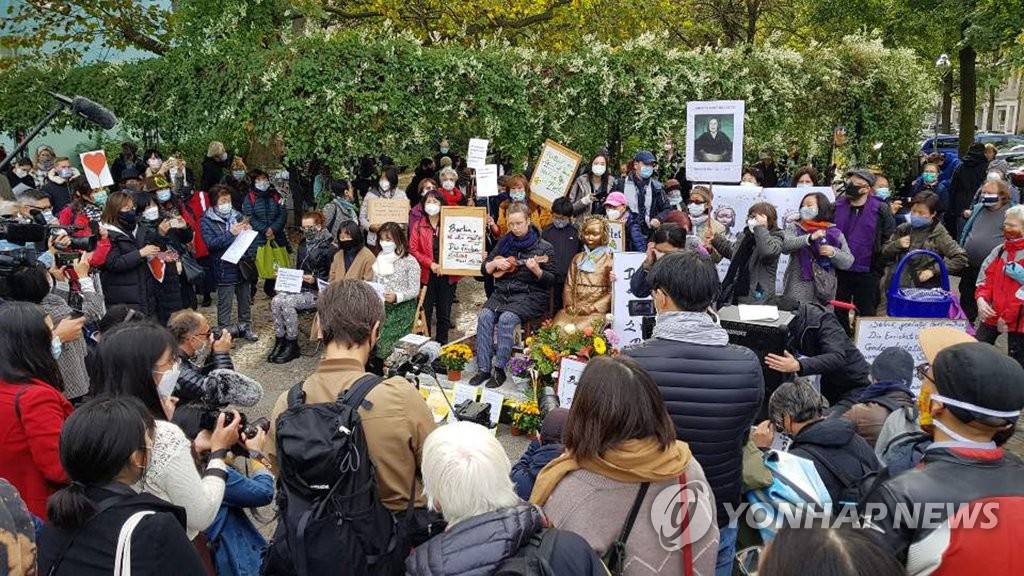 But after the Japanese government expressed regret over its installation, the Mitte district office last week ordered Korea Verband to remove the statue by Wednesday, citing an issue with the content of the statue's inscribed epitaph. The district office said it will forcibly execute the order if the removal is not finished by the deadline.

Korea Verband has filed an injunction against the order with the administrative court in Berlin.

The statue in the Mitte district is the third comfort women statue installed in Germany and the first to stand in a public place with approval from the Berlin authorities. The other two statues have been erected on private properties.

The sexual slavery victims, euphemistically called "comfort women," are one of the many thorny issues between the two countries stemming from Japan's 1910-45 colonial rule of the Korean Peninsula. 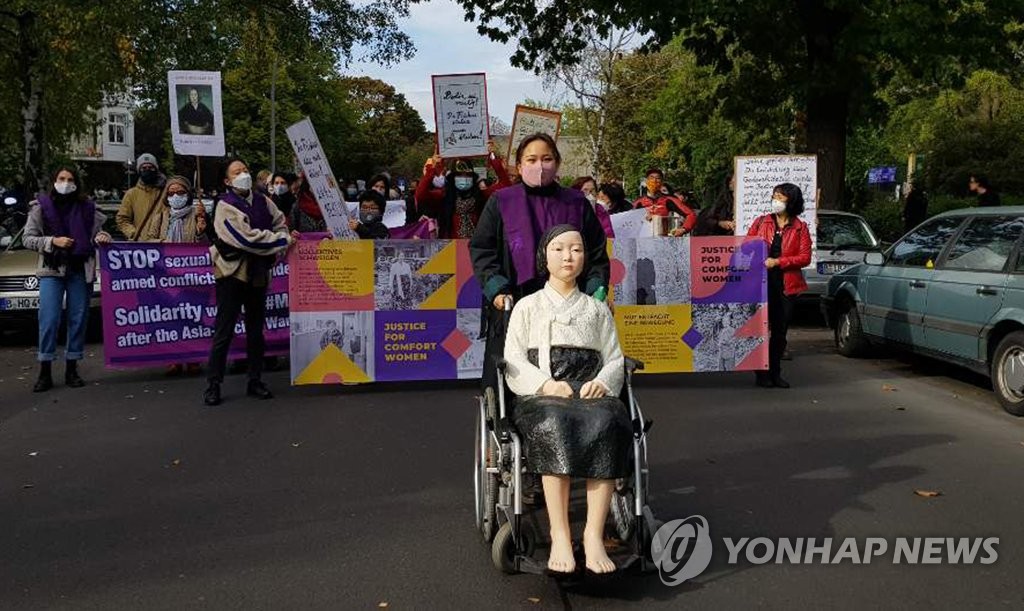