Kim visited the Komdok region of South Hamgyong Province hard-hit by typhoons in recent months and reviewed recovery efforts under way, according to the Korean Central News Agency.

Saying the damage to the area was more serious than he thought, Kim praised soldiers and other recovery workers for "completely removing the trace of damage" and constructing homes and other facilities "with caring," the KCNA said.

He also vowed to construct around 25,000 homes in Komdok and other typhoon-afflicted areas under a five-year economic development plan to be announced in a rare party congress scheduled for January.

North Korea was buffeted by back-to-back typhoons in recent months and its eastern province was one of the country's most damaged. Komdok, in particular, is home to zinc, magnetite and other minerals.

State media earlier reported that "more than 2,000 dwelling houses and tens of public buildings were destroyed or inundated" in the area.

Last month, Kim held a meeting of the Central Military Commission of the ruling Workers' Party to discuss recovery efforts under way in the Komdok and other typhoon-affected regions. He dispatched soldiers to help with recovery work there.

Kim and his top aides have recently increased trips to review recovery efforts in areas affected by the summertime typhoons and flooding apparently in a bid to highlight Kim's image as a leader caring for his people.

Last week, Kim launched an "80-day campaign" to recover from flood damage and make as much progress as possible in the country's economic development project by year's end. 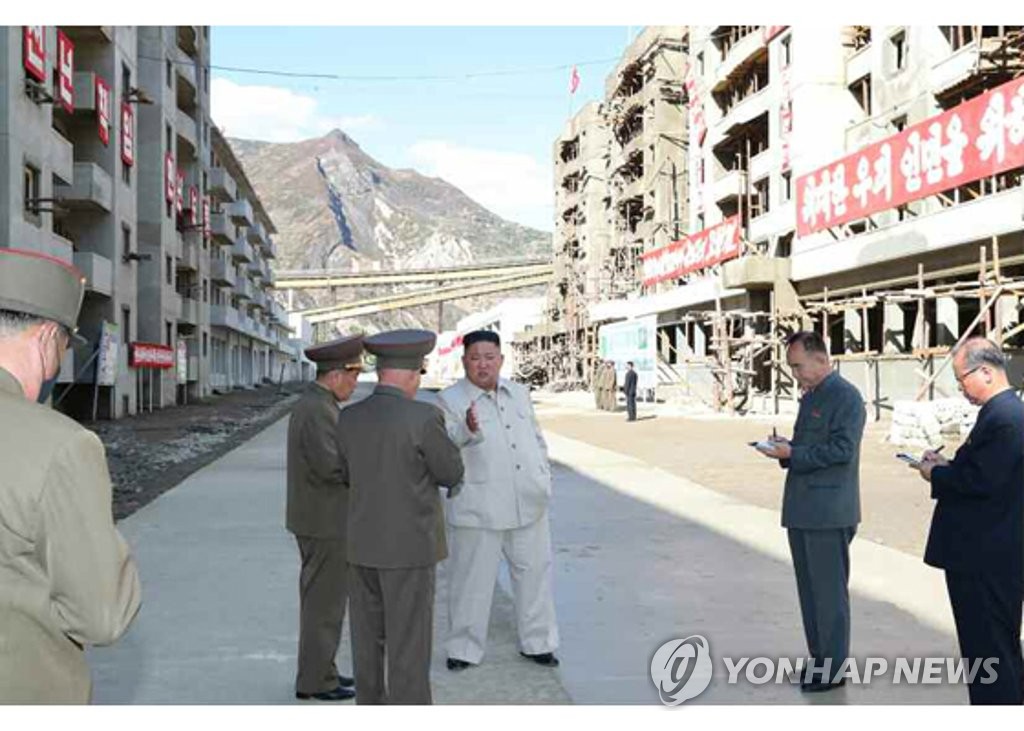