SEOUL, Oct. 14 (Yonhap) -- Chung Euisun, longtime heir apparent of Hyundai Motor Group, was promoted to the position of chairman Wednesday as the carmaker seeks to morph into a future mobility solutions provider.

Chung, who had served as the group's executive vice chairman, was named the head of the world's fifth-biggest carmaker by sales at a board meeting.

Chung replaced his octogenarian father, Chung Mong-koo, who had led the automotive group since 2000.

The junior Chung has already been acting as the de facto leader of Hyundai Motor Group, which has the country's two biggest carmakers -- Hyundai Motor Co. and Kia Motors Corp. -- under its wing, since he was named the group's executive vice chairman in September 2018. 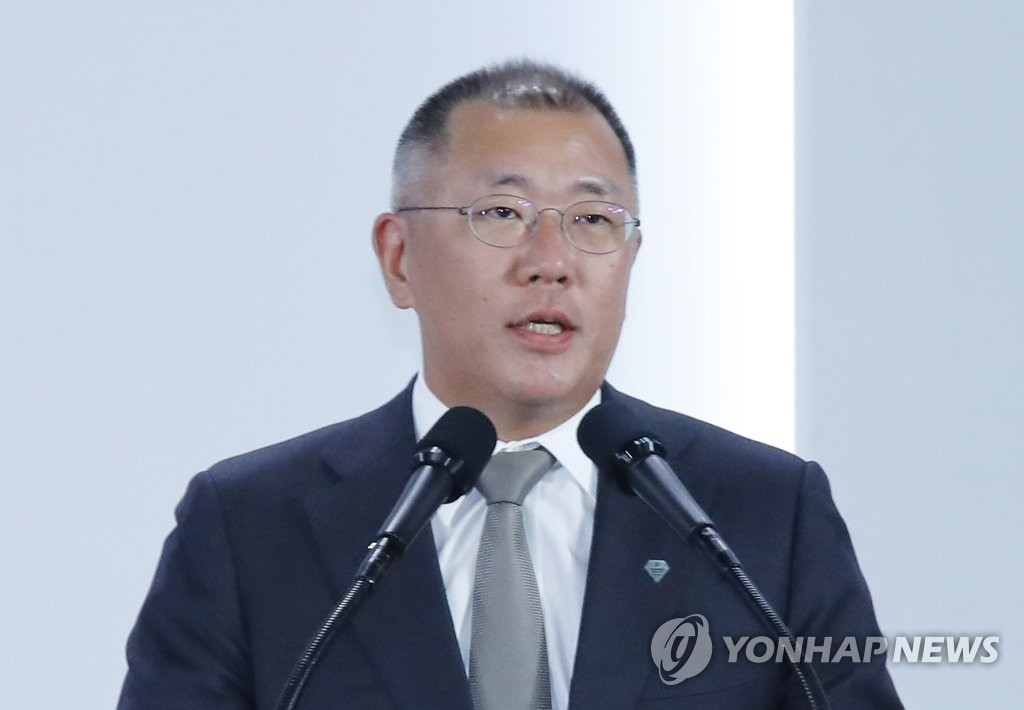