The group's three major affiliates -- Hyundai Motor Co., Kia Motors Corp. and Hyundai Mobis Co. -- held separate board meetings to name the only son of octogenarian Chung Mong-koo, who had led the Korean automotive group since 2000, as new group chairman.

The 49-year-old has been promoted to the top position of the world's fifth-biggest carmaker as he unveiled a future mobility vision and preemptively invested in overseas companies with advanced technologies in autonomous and other next-generation vehicles, the company said in a statement.

"We are committed to providing mobility solutions optimized for customers' lives and are targeting to strengthen our presence in autonomous driving, electrification, hydrogen fuel cell and robotics and urban air mobility (UAM)," the new chairman said. 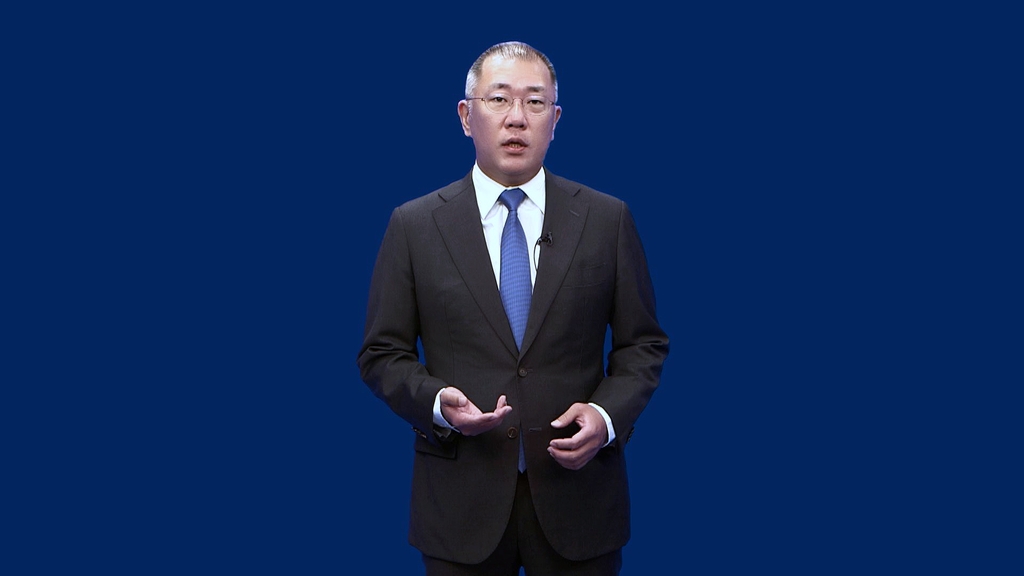 The management change at Hyundai Motor Group came as the carmaker struggles with weak sales amid a prolonged COVID-19 pandemic and tougher competition with rivals.

The junior Chung has served as de facto leader of Hyundai Motor Group since he was named executive vice chairman in September 2018.

In January, Hyundai Motor announced it will invest more than 100 trillion won (US$87 billion) in future mobility for the next five years.

The group aims to sell 1 million electric vehicles in 2025 as it strives to gain a share in the global EV realm.

Hyundai Motor and Kia Motors have sold a combined 270,000 electric vehicles in South Korea and overseas markets since 2011.

The two carmakers plan to unveil 44 eco-friendly vehicles, including 23 all-electric ones under the three separate brands of Hyundai, Hyundai's independent brand Genesis and Kia, by 2025.

Currently, the group's pure electric models are Hyundai's Kona EV and Ioniq Electric and Kia's Soul EV and Niro EV. An all-electric model under the Genesis brand is not available for now.

In recent years, global carmakers have stepped up efforts to go electric amid tightened regulations on emissions of greenhouse gases, which scientists say are to blame for global warming.

To compete with global EV leaders, such as Audi and Mercedes-Benz, Hyundai has been looking for ways to strengthen or form business ties with local conglomerates Samsung Group, LG Group and SK Group in EVs and joint investments in overseas startups with future mobility technologies. 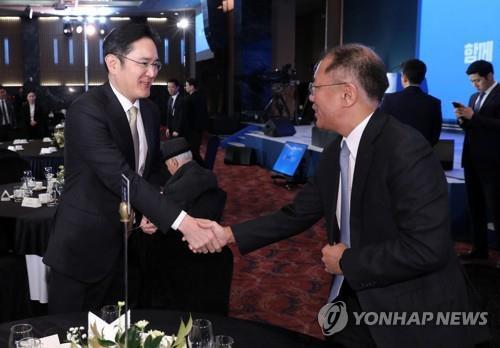 Moreover, Hyundai aims to establish a production facility capable of rolling out 50,000 hydrogen-powered vehicles a year by 2030. It also targets selling 200,000 hydrogen fuel cell systems a year in global markets by the same year.

In 2020, Hyundai is targeting selling 10,100 Nexo hydrogen passenger cars, mainly to public organizations and companies, more than doubling from the 4,194 units it sold last year.

Hyundai has recently begun to export hydrogen commercial trucks and buses, paving the way for further exports of the eco-friendly vehicles. 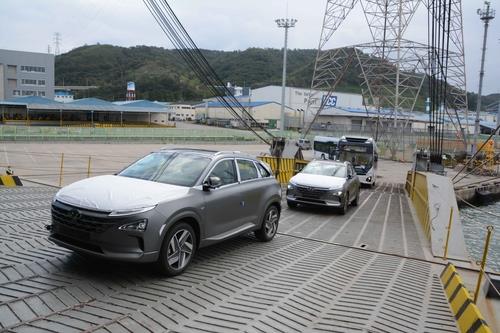