About 92 percent of newlyweds and first-time homebuyers will be eligible to purchase housing units as the government plans to ease some rules for them, Hong said in a meeting with property-related ministers.

Currently, the government requires public and private construction firms to sell a certain amount of new homes to newlyweds and first-time homebuyers.

Hong said 30 percent of the new homes will be sold to newlyweds and first-time homebuyers who have more income.

The government is also closely monitoring "jeonse" rates as part of efforts to stabilize the housing market, Hong said. 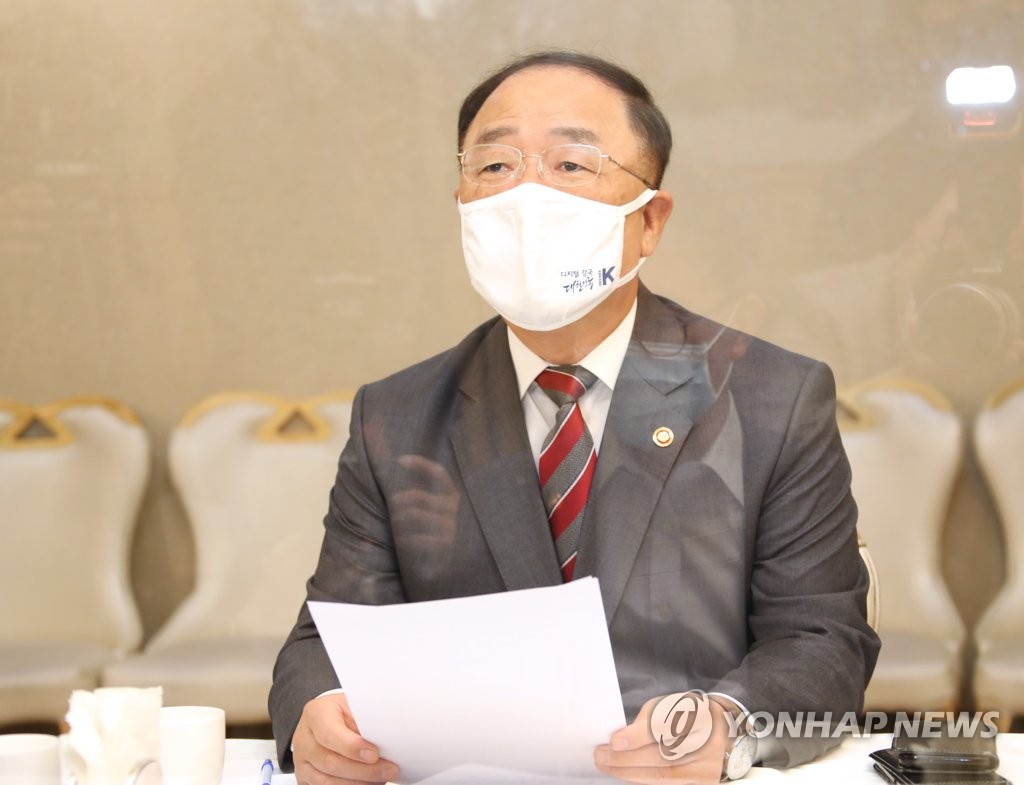 Jeonse is a home rental arrangement unique to South Korea in which tenants pay a large sum of money as a deposit instead of paying monthly fees.

The laws guarantee the validity of a house lease contract for up to four years and cap the maximum rent hike at 5 percent in the event of contract renewals.

Hong said the housing market will stabilize if the market digests the three laws.

Hong said apartment prices have remained flat or been firming up since the government unveiled a set of government measures to stabilize real estate.

On top of the passage of the three property laws, the government has also announced tax hikes, loan regulations and plans to supply more homes in Seoul and surrounding areas.