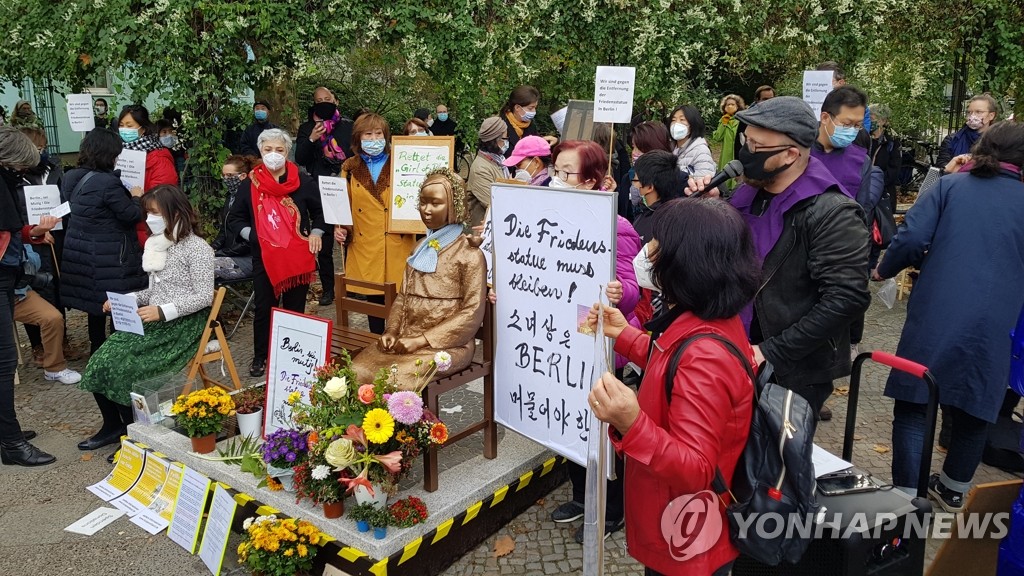 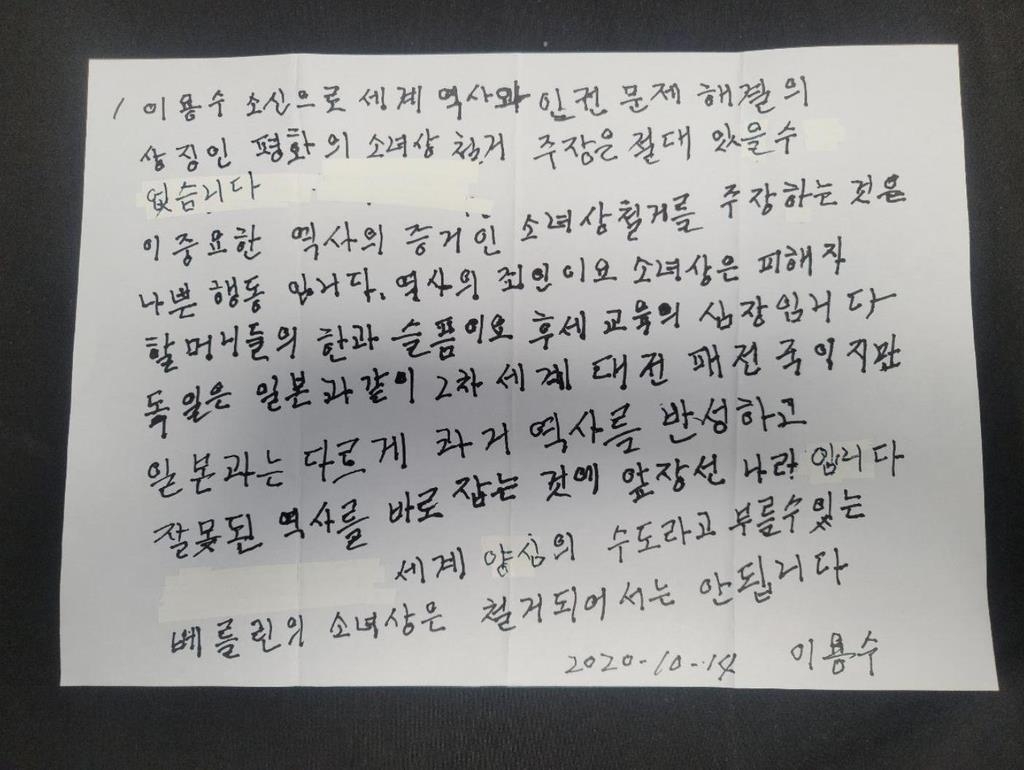 Meanwhile, Lee Yong-soo, one of 16 surviving South Korean victims, pleaded that the statue not be removed, especially from the capital of Germany, which she said, has been working hard to reflect on its past misdeeds and make history right.

In a press conference held in front of the National Assembly in Seoul, she said the removal of the statue, which she described as "historical evidence," would be "a bad thing to do and a crime" against humanity.

After the brief conference, she headed toward the Embassy of Germany to deliver her hand-written letter. 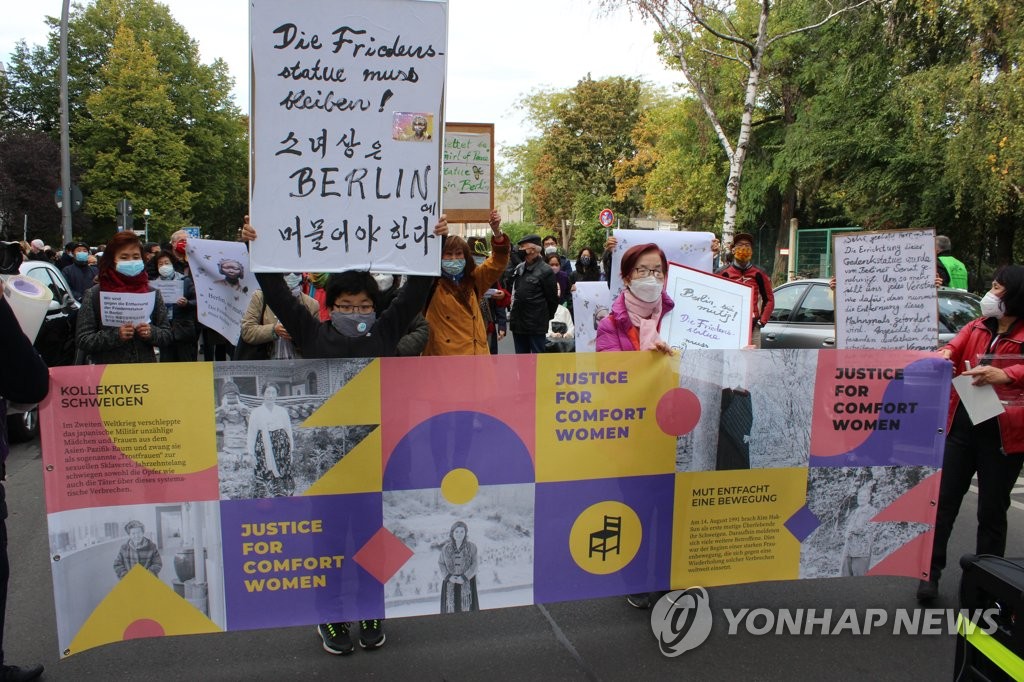