The South Korean home appliance maker opened an event for its VVIP (very very important person) customers earlier in the day to introduce the Signature OLED R TV at a Seoul hotel before the product's official launch.

The invitation-only event will be held for six days, allowing only two or three people to attend each session due to social distancing measures against COVID-19.

At the event, LG said the Bentley Continental GT vehicle will be also displayed alongside the rollable TV to promote its luxury image and scarcity.

"We believe main consumers for the Signature OLED R and Bentley vehicles share a common interest in investing in the best brand value and that the event will create a great synergy," LG said. 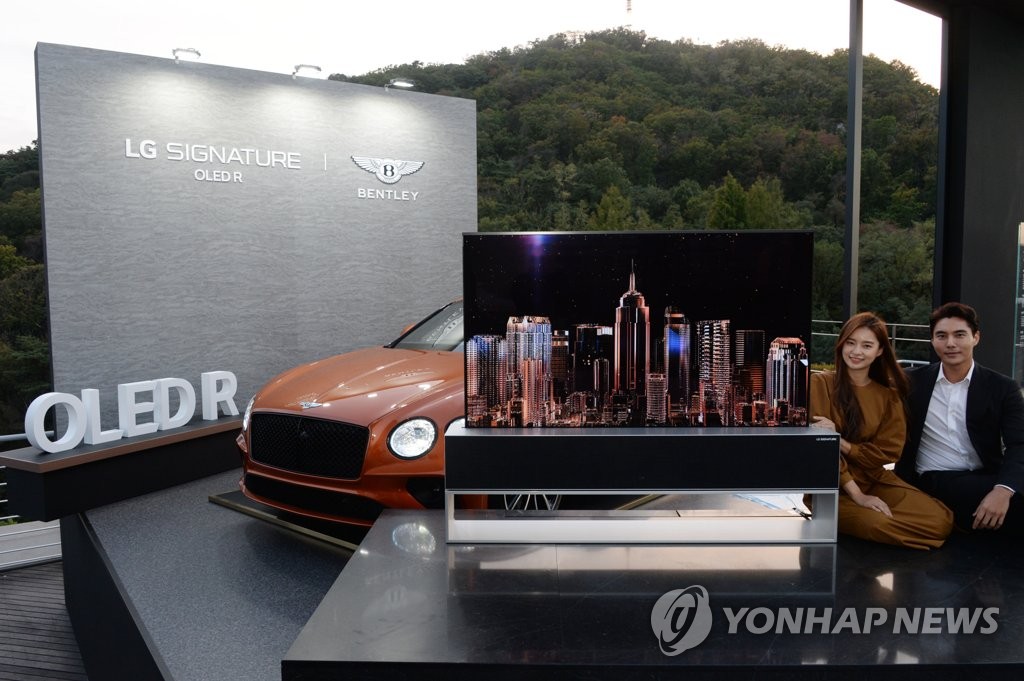 The price of the Signature OLED R has been not been revealed, but industry insiders expect it to be more than 100 million won (US$87,000).

LG's rollable TV, with a 65-inch screen that rises from a box and can be rolled up inside, was first unveiled at the Consumer Electronics Show (CES) in the United States last year.

The world's top OLED TV maker originally planned to launch the rollable TV in 2019, but its mass production has been delayed due to OLED display supply and yield rate issues.

At this year's CES, LG unveiled a different model of its rollable TV with a screen that rolls down from the ceiling.

LG to launch rollable TV this month, join hands with Bentley for marketing

LG to launch rollable TV this month, join hands with Bentley for marketing