SEOUL, Oct. 14 (Yonhap) -- The head of the ruling Democratic Party on Wednesday expressed frustration over a report that Japan's new prime minister threatened to skip a trilateral summit planned by Seoul this year unless South Korea takes action to resolve the dispute over wartime forced labor.

According to Japan's Kyodo News, Tokyo has informed Seoul in late September that Prime Minister Yoshihide Suga will boycott an annual trilateral summit between South Korea, China and Japan this year unless the Korean government moves to resolve the issue of wartime forced labor.

Seoul has been seeking to host the summit, held in turns in the three countries, later this year.

In a meeting with party leaders, Lee Nak-yon, head of South Korea's ruling Democratic Party (DP), said he was "very disappointed" after learning about the report. 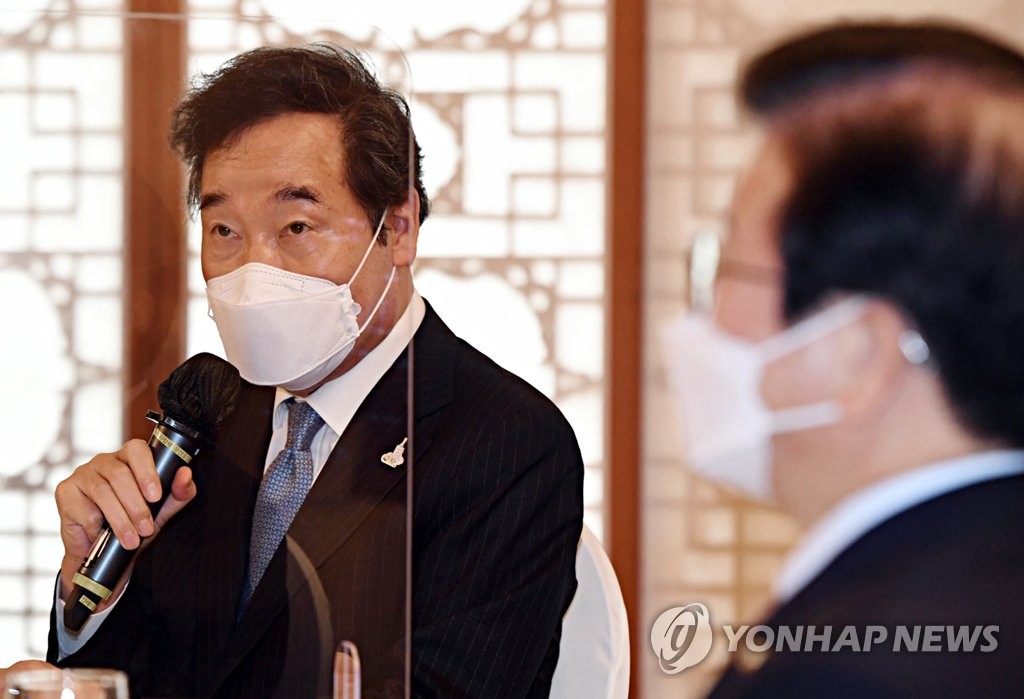 "Japan is one of the world's leading nations. But one has to ask if the attitude of Prime Minister Suga befits that of a leading nation," Lee said.

The DP head noted that a three-way summit was necessary for the three Asian nations to collectively come up with ways to cope with the pandemic and a global economic crisis.

Lee added that he "looks forward" to Suga's leadership with regard to the envisioned summit.

Many Koreans were forced to toil at Japanese factories and mines during World War II, when Korea was under its brutal colonial rule.

Japan argues that all reparation-related issues were settled in a 1965 state-to-state accord on normalizing bilateral diplomatic ties. But South Korea's Supreme Court ruled in 2018 that the individual rights to compensation remain valid. The administration stated that it respects the judiciary's position.