(ATTN: UPDATES with addition of prosecutors to investigation team in paras 5-6)

The Seoul Central District Prosecutors Office raided the house of the former employee, surnamed Yoon, who worked at the Financial Supervisory Service (FSS), the state financial regulator, Tuesday and called him in for questioning in connection with the scandal.

The justice ministry said Wednesday it has sent five prosecutors to join the investigation team at the request of the Seoul Central District Prosecutors Office.

The five include a former member of the FSS who specializes in financial cases and four prosecutors versed in handling financial frauds and special investigations, including the corruption scandal that led to the removal of former President Park Geun-hye.

He was indicted and detained last year for receiving 20 million won (US$17,400) in bribery from a local banker in 2014 to offer him a favor in the agency's audit process and 10 million won also in bribery from a businessman to help him secure a bank loan. He was given a suspended prison sentence for the allegations in July. He appealed to a higher court and awaits trial. 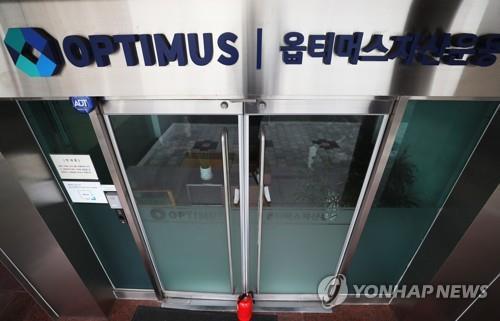