SEOUL, Oct. 14 (Yonhap) -- With about six months left before the April by-elections for the country's two largest mayoral seats, the ruling Democratic Party is unsure whether to nominate candidates for the elections.

The seats were left vacant by the abrupt death of DP-affiliated Seoul Mayor Park Won-soon in July and the resignation of Busan Mayor Oh Keo-don, also affiliated with the party, in April after both were involved in sexual molestation allegations.

The DP's own internal rule prohibits it from nominating a candidate for a by-election if it is caused by a "serious wrongdoing" by its member resigning from the post.

But missing out on the mayoral posts for the country's two biggest cities could be devastating for the party, especially as the by-elections slated for April 7 are seen as a major barometer of public opinions ahead of the presidential election in March 2022.

Park was found dead in Seoul on July 10, two days after a former secretary of his filed a sexual abuse complaint against him. He served nine years in the mayorship since 2011. Oh resigned as Busan Mayor on April 23 to take responsibility for sexually harassing a female subordinate.

With the approach of the elections, where the mayor slots will be up for grabs, along with other empty parliamentary seats and other elected offices, the DP plans to launch a process to tackle the dilemma this month. 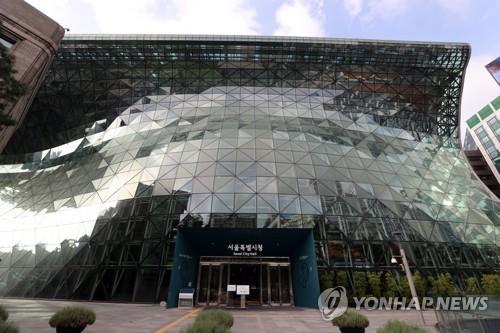 "Officially, the party is of the position that it's not the right time to put the by-elections to discussion. But it's also true that internally in the party, there have been calls to prepare for the possibility of nominating candidates (for the mayoral seats), a high-ranking DP official said last week.

Given the time needed for related procedures, the DP has until early November to make its position on the issue, according to party officials.

Possibly in its incipient bid to tackle the issue, the DP announced Monday a plan to launch an innovation committee, dedicated to revamping party rules and image.

The nomination issue for the April by-elections is also widely expected to become part of the renovation discussion by the new committee.

"The size of the party has become very big, thus (the committee) will be dealing with the question of how the party can become more trusted and loved by the people," DP Chairman Rep. Lee Nak-yon told reporters Monday, referring to the committee launch plan. 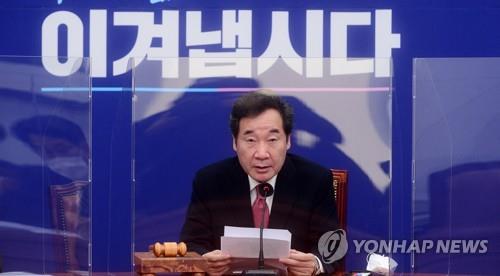 Even if the DP finally decides to join the elections for the Seoul and Busan mayor posts, it is unlikely to be an easy contest, electorally and ethically.

Adding to opposition parties' pressure on the DP to live up to its own promise, the progressive minor Justice Party, deemed cooperative with the ruling party, is voicing objections.

"Trust is a very basic thing in politics, and the pot should not call the kettle black. In order for the DP to live up to that, it should abide by its own promise," newly elected Justice Party leader Kim Jong-cheol said in a radio interview Monday.

The main opposition People Power Party is seeking to have a head start for the by-elections and has already begun the process to launch a preparation committee to pick candidates for the April elections.

The PPP's early preparation has also roughly shaped the lineup of members to compete for the party's ticket for the Seoul mayor election, including Oh Shin-hwan, Ji Sang-wuk and Kim Seon-dong. 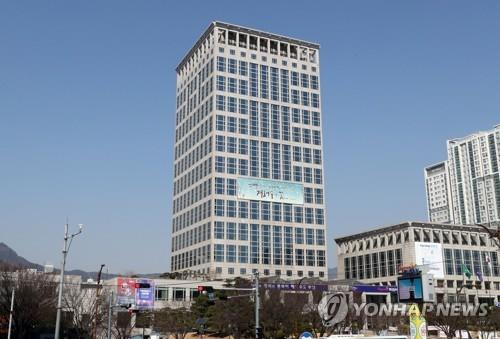