SEOUL, Oct. 14 (Yonhap) -- The Tampa Bay Rays have moved within a win of reaching the World Series, with their South Korean first baseman Choi Ji-man watching from the bench.

The Rays defeated the Houston Astros 5-2 to take a commanding 3-0 lead in the American League Champions Series (ALCS) at Petco Park in San Diego on Tuesday (local time).

In Game 3, Choi was held out of the starting lineup even though the Astros had right-hander Jose Urquidy starting. Yandy Diaz took Choi's spot both in the lineup and on the field, as he batted cleanup and played first base at the start. 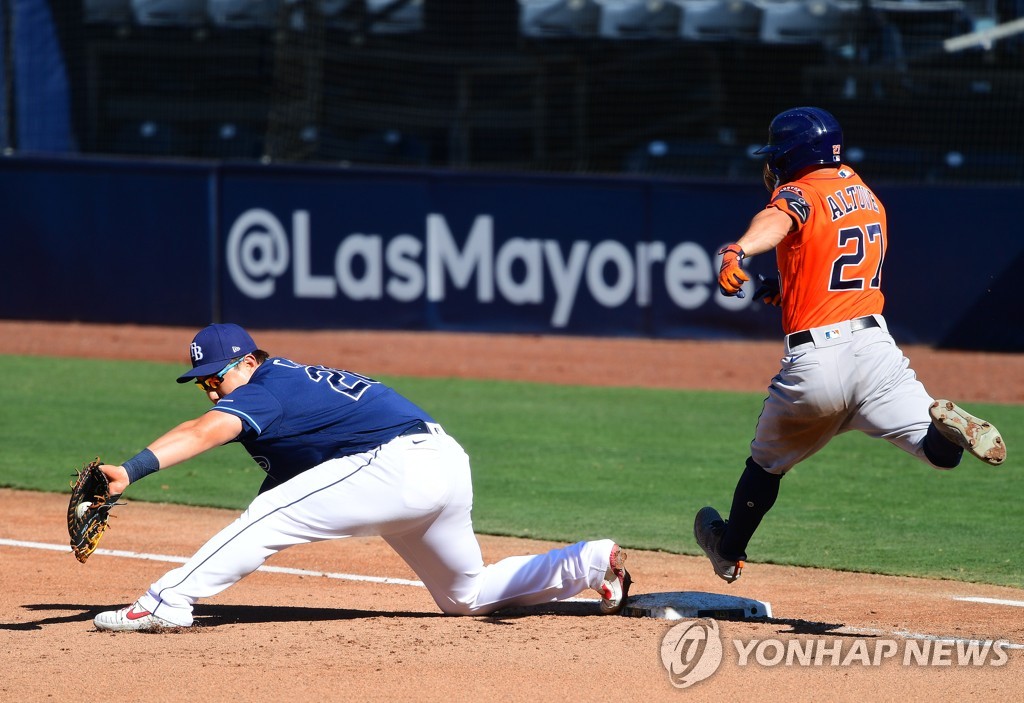 Choi has only played in Game 2 of the series so far. The left-handed batter missed the opening game, with the Astros starting left-hander Framber Valdez and then using more southpaws out of the bullpen. He was 0-for-4 with three strikeouts in Game 2, though he made some important defensive plays at first base.

The Rays are trying to reach their first World Series since 2008, while the Astros are chasing their third World Series appearance in four seasons.

Choi is the first South Korean position player to appear in any League Championship Series. He now has a chance to become the first Korean batter to play in the World Series.

The three South Koreans that have been there before Choi were all pitchers: Kim Byung-hyun (2001 Arizona Diamondbacks), Park Chan-ho (2009 Philadelphia Phillies) and Ryu Hyun-jin (2018 Los Angeles Dodgers). 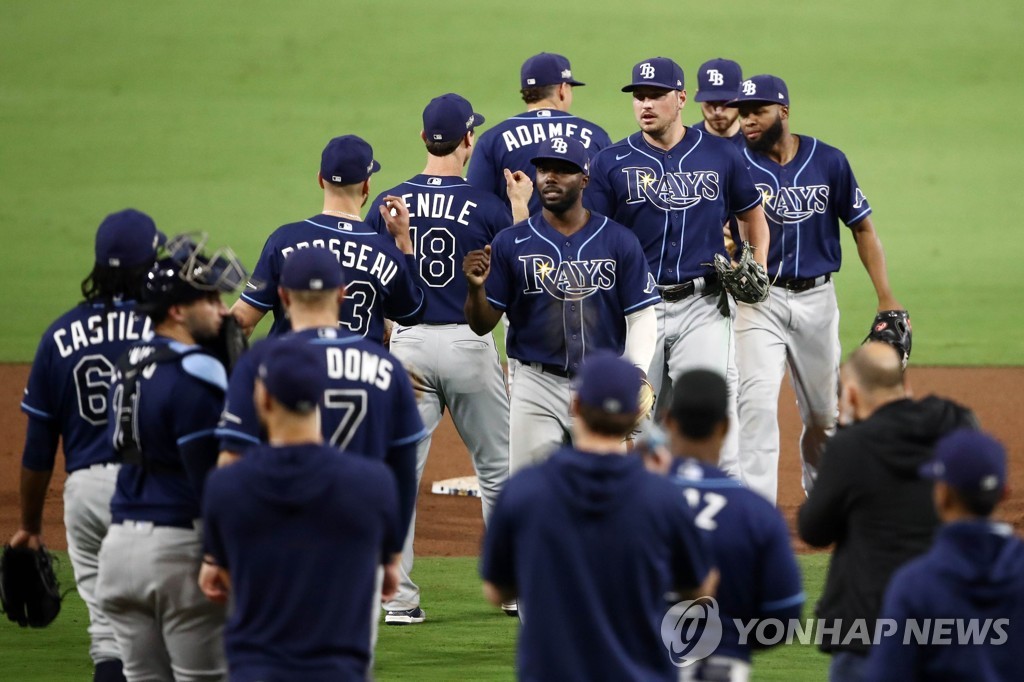