SEOUL, Oct. 14 (Yonhap) -- South Korean girl group BLACKPINK called its latest project -- appearing in the first K-pop documentary produced by Netflix -- something that gave "much-needed time" for the quartet that has emerged as one of the most successful acts in the K-pop industry.

Netflix is set to release "BLACKPINK: Light up the Sky," an original documentary that follows BLACKPINK's journey from being teenage trainees to a K-pop phenomenon.

"It was a time for us to get to know each other more, realize how we are precious to one another and retrace the moments (that made) BLACKPINK. We began (the project) wanting to share more moments with BLINK, our fans, but it also turned out to be a much-needed time for us," member Jisoo said in a media conference on Tuesday. 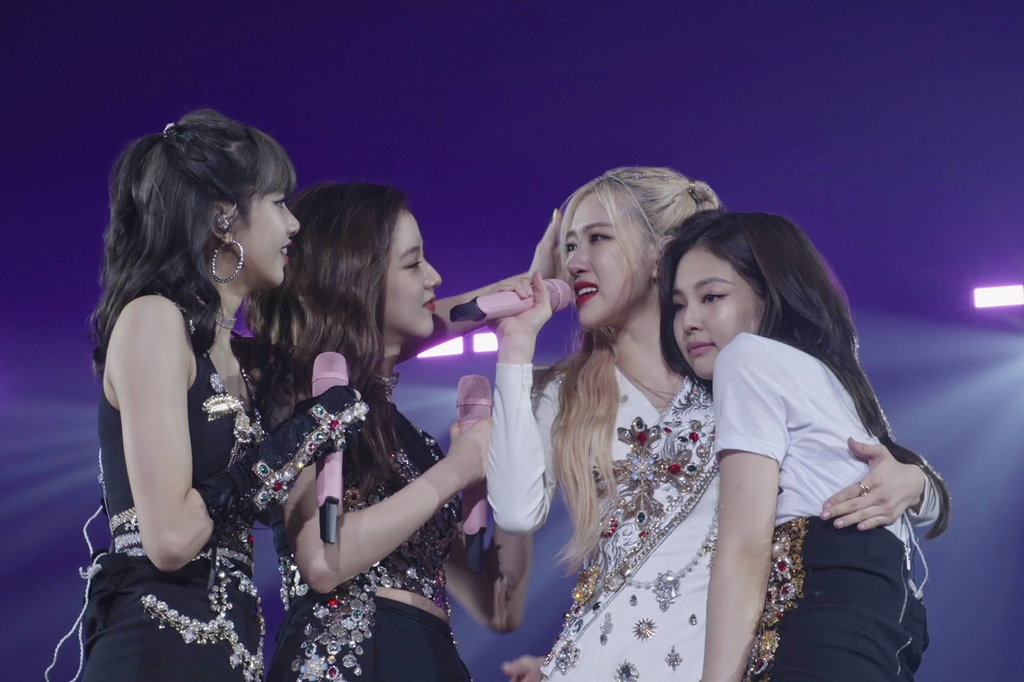 "It was moving to encounter the 'us' that we had forgotten. While the (documentary) shows a lot of our post-debut moments, we also wanted to share our everyday lives that are a little more normal and closer (to fans)," she said.

"Filming the documentary also made us think of our more playful sides that we had forgotten and made us feel closer (to each other)."

BLACKPINK, whose four members Jisoo, Jennie, Lisa and Rose survived yearslong trainee life, has emerged as one of the biggest K-pop groups since its debut in 2016. Most recently, it ranked No. 2 on the Billboard 200 list with its first full-length album "The Album," making history for K-pop girl groups.

Netflix said the upcoming film unveils the group's backstage moments like those from its 2019 Coachella gig and brings out the group's more intimate and lesser known sides by digging into footage of their trainee days. 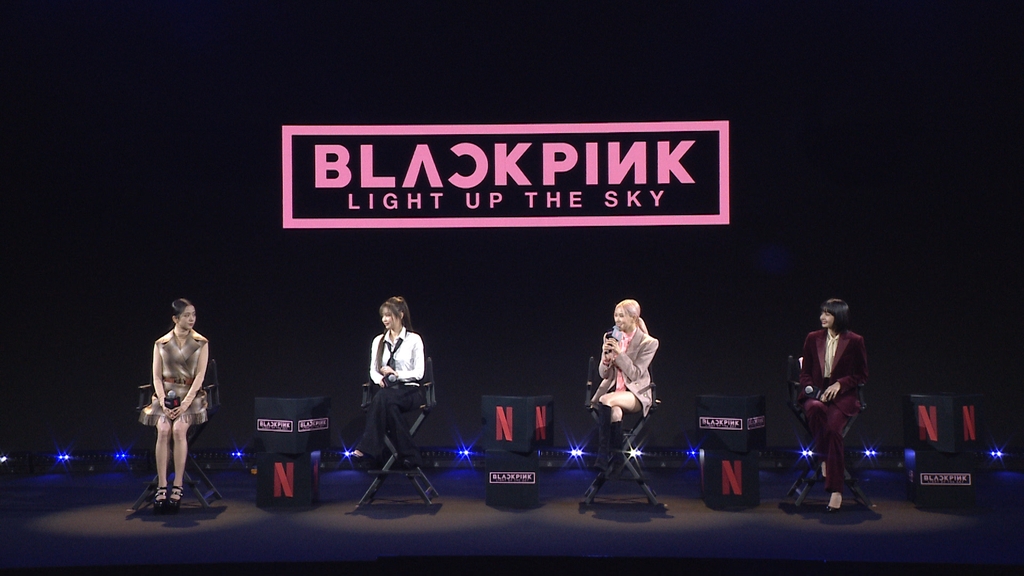 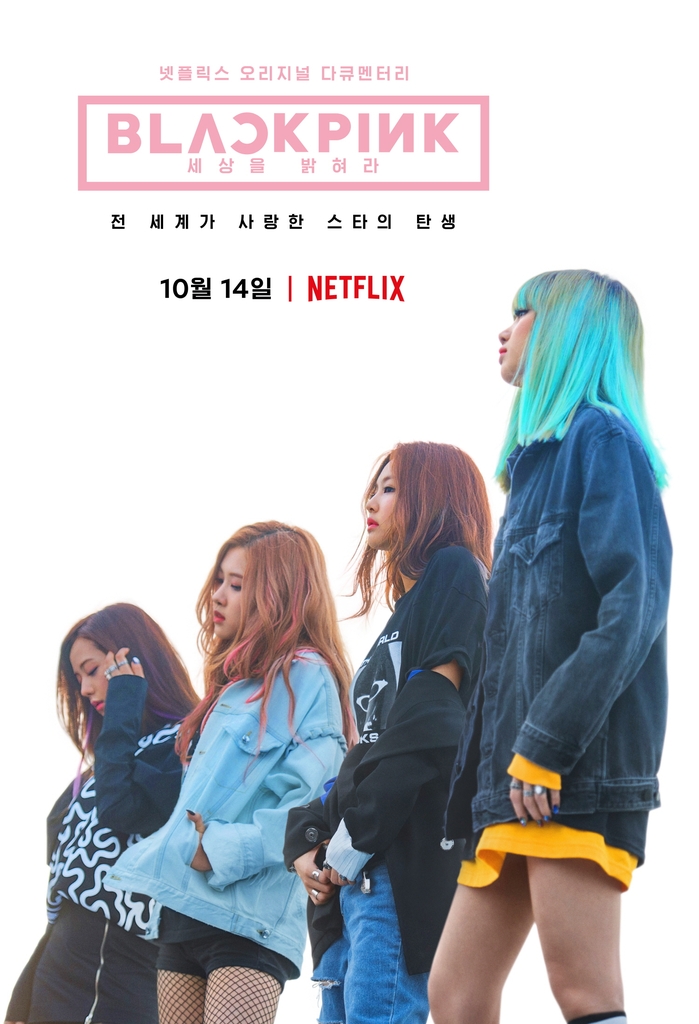 BLACKPINK said while staying in front of the camera all day long was awkward at first, director Caroline Suh and her crew were deft at creating a comfortable filming environment.

"It was a bit awkward, since we were not used to filming our everyday life. But as time passed, we began to forget that there were cameras," Lisa said, thanking Suh for her producing and interviewing skills.

The quartet's four members, who have been bonding with each other for roughly a decade, stressed how they are like family and know what other members think by just looking at them. The film's title "Light up the Sky" was also coined through instant consensus.

"We were at the studio together talking with the director on choosing the title. We have a song called 'How You Like That' that features the lyric 'light up the sky.' When we talked about it, everybody agreed and thought it would be perfect," Rose said.

"We shine the most when the four of us are together," she added when asked about when BLACKPINK is at its best. 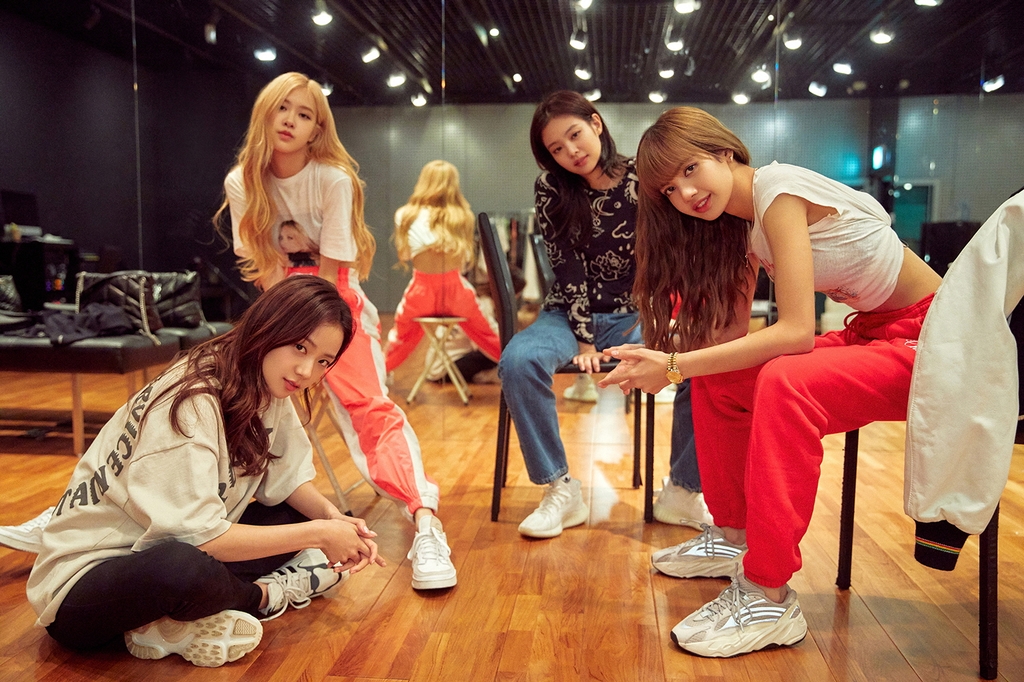 The film, set to be released later in the day, is Netflix's first film zooming in on K-pop. The production company previously released documentaries featuring Beyonce, Lady Gaga and Taylor Swift.