Ferrite is an iron oxide-based magnetic material used in TV power modules and chargers to switch voltages and filter noise in electrical currents.

LG Innotek, which initiated the ferrite development project in 2018, plans to mass-produce its high-efficiency ferrite product in the first half of 2021.

The company said its ferrite will best meet the needs of TV manufacturers looking to produce slim TVs and automakers trying to reduce weight of vehicles for fuel efficiency.

Heat-induced power loss in its ferrite is a maximum 40 percent less compared to other products, according LG Innotek. The company's ferrite can maintain its low power loss capability at temperatures between minus 40 degrees Celsius and 140 degrees Celsius, ensuring the quality of TVs and vehicles in various environments. 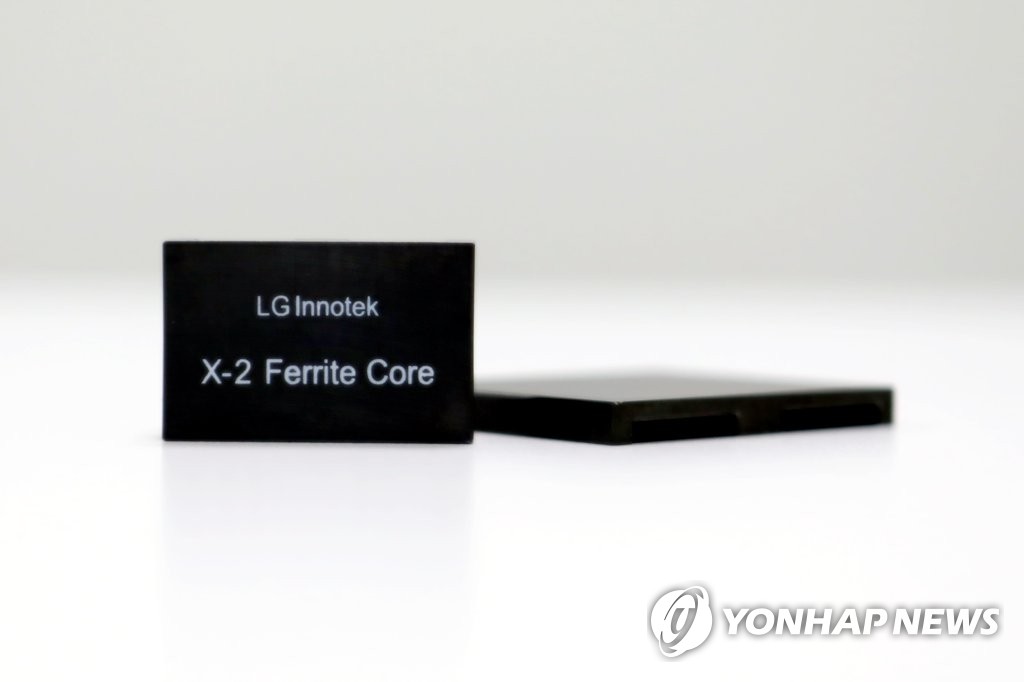 When applied to an automotive DC/AC convertor, LG Innotek said the weight of the product can be reduced by 10 percent and its energy efficiency can be increased by up to 1.2 percentage points.

The global ferrite core market is led by Japanese firms, but LG Innotek decided to throw its hat in the ring due to the rising trend of product miniaturization and high-performance features in the electronics industry.