Moon stressed that no one can be immune to a strict probe by the prosecution service, according to Cheong Wa Dae spokesman Kang Min-seok.

The president was quoted as instructing Cheong Wa Dae to "cooperate actively with the prosecution's investigation to (help) clear (related) suspicions fast." 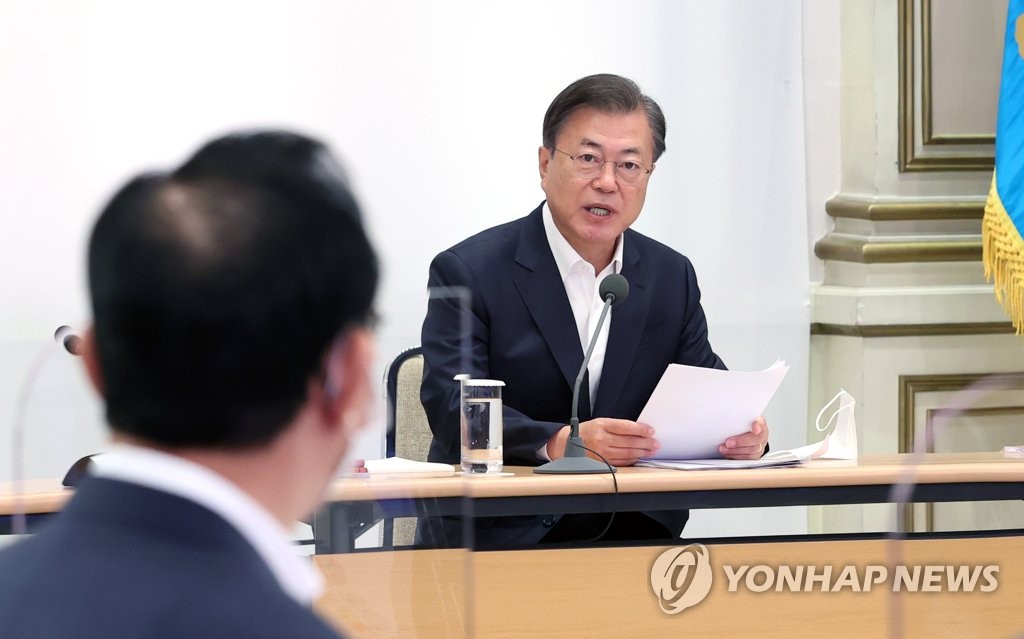 The Moon administration is under heavy public criticism for having failed to protect thousands of individuals who invested into the now-defunct funds, which incurred huge losses.

Fund operators are alleged to have lobbied those in power to keep the funds afloat.

In particular, Kang is alleged to have received 50 million won (US$43,000) in kickbacks. He admitted having met briefly with a fund operator at Cheong Wa Dae in July last year but flatly denied taking any money.

The Cheong Wa Dae spokesman, however, said it does not exist now, with the preservation period having expired.

Cheong Wa Dae plans to submit other related materials in case of requests by the prosecution service, Kang added.

The main opposition People Power Party has labeled the scandal as Lime-Optimusgate.