SEOUL, Oct. 14 (Yonhap) -- Ozone level alerts were issued on nine days in Seoul in June, the highest monthly tally since the warning system was first introduced in 1995, the city government said Wednesday.

The average ozone concentration level also reached a record 0.044 parts per million (ppm), leading to an average 0.031 ppm during the period when warnings are issued, from April 15 to Oct. 15, according to the Seoul Research Institute of Public Health and Environment, which is affiliated with the metropolitan government.

Warnings are rarely issued in April and October. 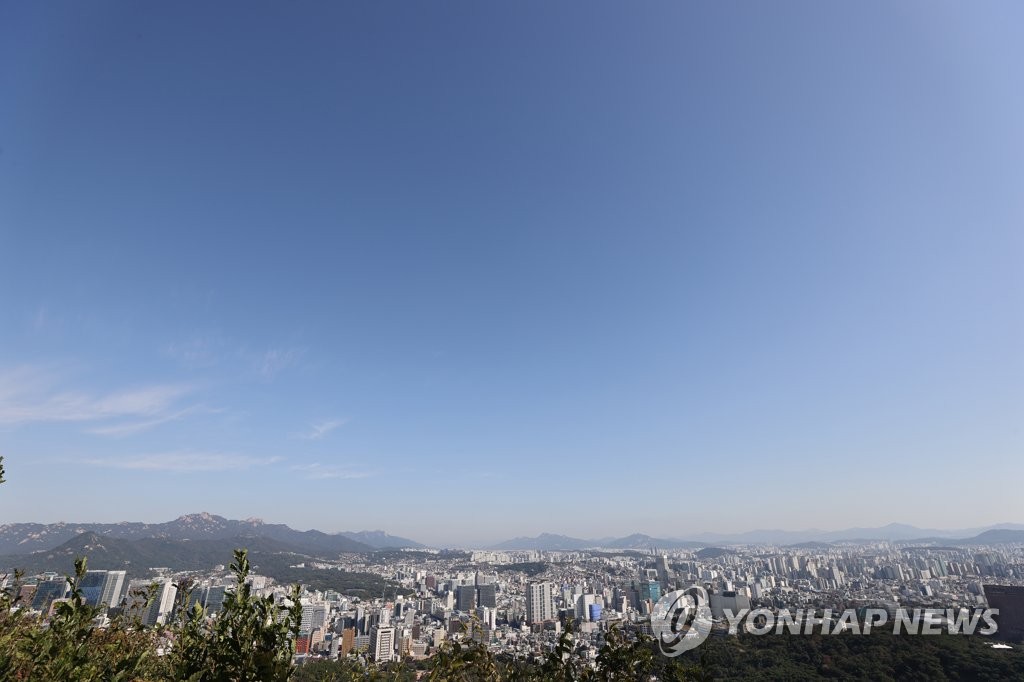 Ozone warnings are issued when concentration levels reach an average of 0.12 ppm per hour. More serious alerts are issued at 0.30 ppm and 0.50 ppm, respectively, but neither level was reached during the reporting period.

In total, ozone warnings were issued on 12 days this year, which is more than the average 8.7 days per year over the past decade, according to the institute.

The average concentration level (0.031 ppm) was also higher than the average 0.029 ppm recorded over the past decade.

July and August saw only one warning each thanks to heavy rains, with the average concentration level in August falling to 0.019 ppm, the lowest since 2011.

No warnings were issued in September, but the monthly average concentration level reached 0.028 ppm, which was higher than the average 0.023 ppm recorded over the past 10 years.

"While addressing climate change, we have to work harder to also reduce air pollutants that lead to ozone formation," Shin Yong-seung, head of the institute, said.

"This year we will use cutting-edge analytical gear to find ways to detect and reduce the sources of air pollutants, such as fine dust and ozone," he added.

June sees most ozone alerts in Seoul in 26 years

June sees most ozone alerts in Seoul in 26 years