SEOUL, Oct. 14 (Yonhap) -- Cheong Wa Dae said Wednesday it is important for the leaders of South Korea and Japan to meet each other in order to resolve pending issues that have strained bilateral ties.

The presidential office was responding to a news report that Japan's new prime minister, Yoshihide Suga, will consider boycotting an annual trilateral forum, expected to be held in Seoul later this year, unless Seoul takes measures especially to address the dispute over compensating Korean victims of Japan's wartime forced labor.

"Our government's position is that holding a meeting, or not doing so, shouldn't be a precondition for resolving the pending issue," Cheong Wa Dae spokesman Kang Min-seok said at a press briefing.

The two sides need to hold talks to resolve the problem, he stressed, adding Seoul will continue efforts to hold the trilateral summit also involving Beijing.

No problem will be resolved if Japan deems a meeting to be a precondition, as reported by media, he said.

The three Northeast Asian powers launched their yearly group summit in 2008, taking turns to host it. South Korea is pushing to hold this year's session in November or December. If it's held, China will be represented by Premier Li Keqiang. 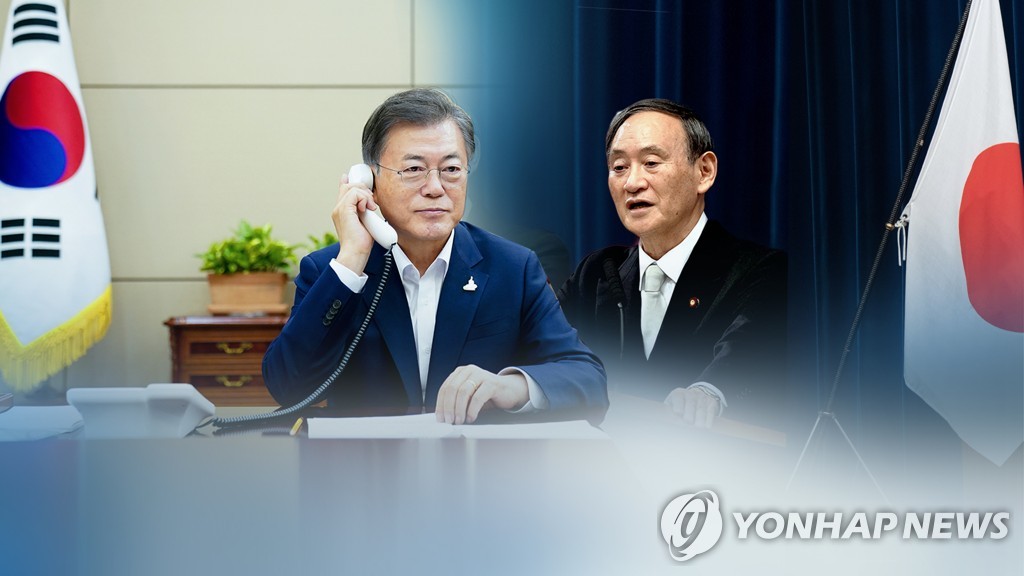