INCHEON, Oct. 14 (Yonhap) -- The family of the South Korean fisheries official shot dead by North Korean troops at sea last month on Wednesday demanded the Coast Guard release statements from colleagues, casting doubt over authorities' assessment that the official sought defection to the North before meeting his doom.

Lee Rae-jin, the elder brother of the deceased official, held a press conference at the headquarters of the Korea Coast Guard in Incheon, west of Seoul. Along with a letter of protest, Lee filed a request with the Coast Guard demanding the release of statements from the nine colleagues who were aboard the Mugunghwa 10 with the official in the waters around Yeonpyeong Island on Sept. 22.

"If asked whether it was possible for (my brother) to defect to the North, all of them would answer that it is impossible," Lee claimed. 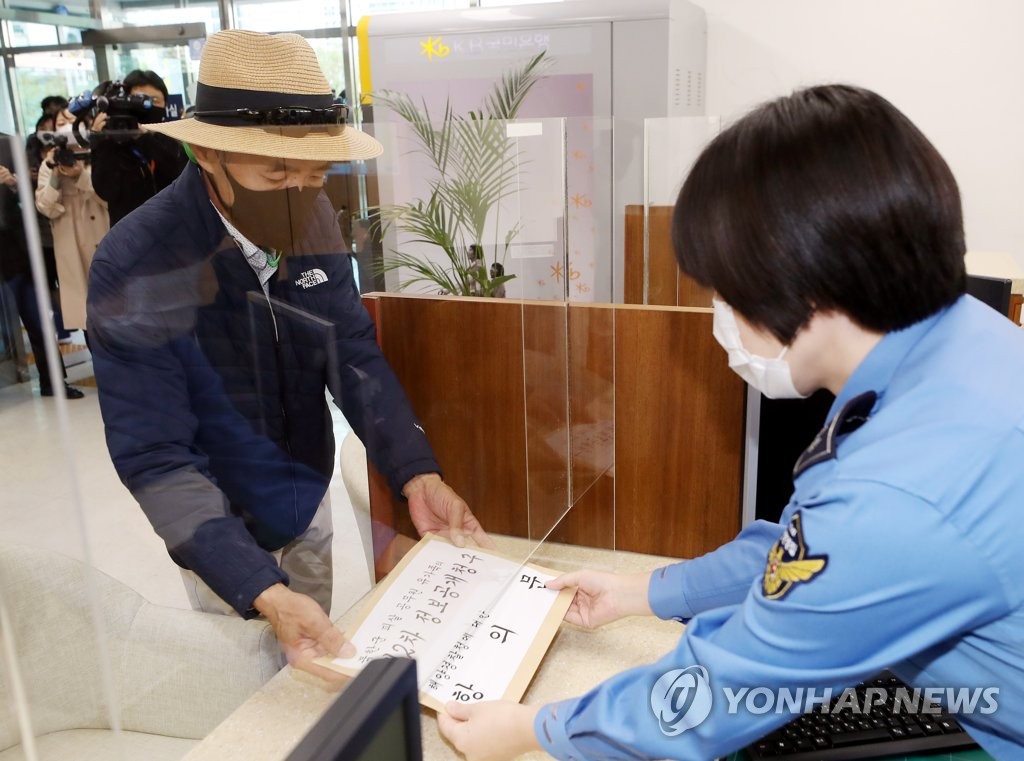 The 47-year-old official was fatally shot by the North Korean military while adrift in North Korean waters. Pyongyang has yet to respond to Seoul's calls for a joint probe into the incident.

The Seoul government announced that the official appears to have jumped into the sea in a suspected attempt to defect to the North. But the bereaved family has strongly disputed the government conclusion.

Lee also questioned the basis on which the Coast Guard concluded that his brother tried to defect.

"I trusted the competency of the Coast Guard. But now it's hard to believe them ever since they kept flip-flopping on their investigation."

An attorney representing Lee said the release of statements would allow the public to see whether the Coast Guard knowingly announced its conclusion that the official tried to cross the border despite having statements from colleagues that suggest otherwise.

The brother also disclosed a letter from President Moon Jae-in delivered to the surviving son of the slain official. Last week, the son wrote a letter to Moon, demanding the president find the truth behind his father's death.

Moon wrote to the son that his heart ached while reading the letter full of both respect toward the father and sadness from the death, according to the slain official's brother.

He also asked the son to wait for the results of the Coast Guard's full investigation and for the search operation for the body to end, the brother said. 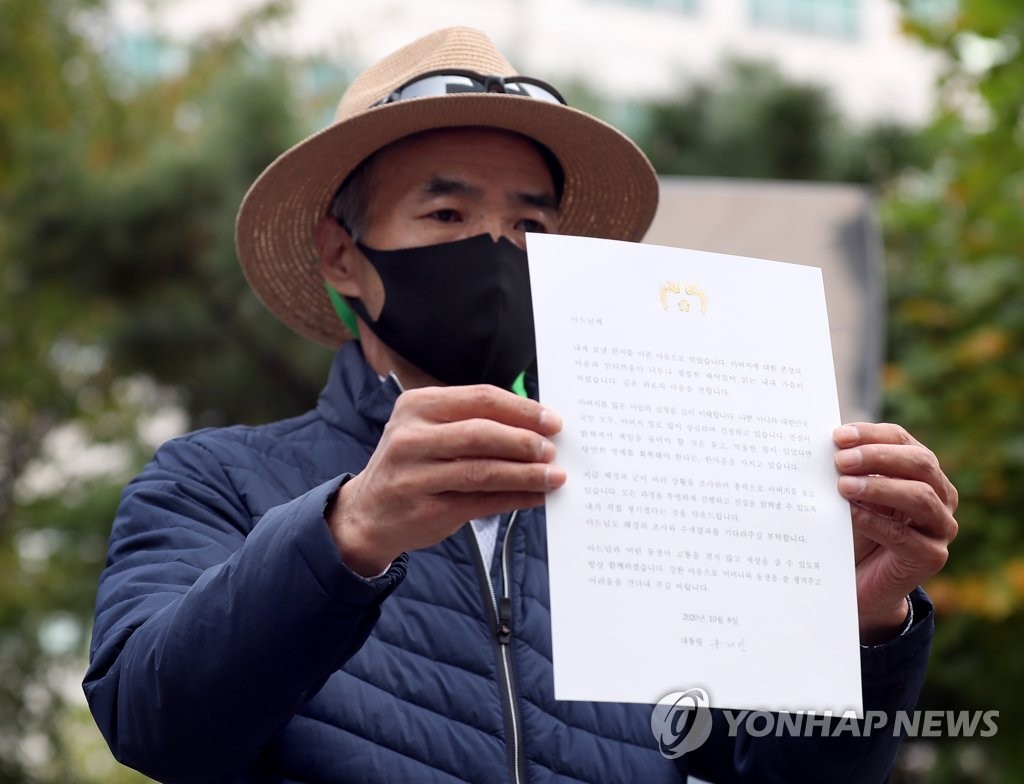