The initiative was among the agenda items discussed in the fifth Senior Economic Dialogue (SED) led by Second Vice Foreign Minister Lee Tae-ho and U.S. Under Secretary of State Keith Krach, a foreign ministry official said.

"The U.S. side explained its position on the matter, and we explained our basic position to them," the official told reporters after the meeting.

"It was not a discussion in the sense that one side asked the other specifically what or whom to exclude, but we talked about the importance of the Clean Network and the issues requested by the U.S.," he said.

Washington has been stepping up its push to form a united front with like-minded countries against using Chinese equipment, like fifth-generation (5G) networks by Huawei Technologies Co. and mobile applications like WeChat, on the grounds of what it cites as national security risks.

U.S. Secretary of State Mike Pompeo unveiled the Clean Network program in August and called for "all freedom-loving" countries to join the initiative.

The U.S. State Department has labeled South Korean mobile carriers SK Telecom Co. and KT Corp. as "clean" telecommunication firms that do not use Huawei, while calling for LG Uplus Co., a smaller South Korean rival that still uses Huawei equipment, to stop using it.

Seoul has maintained that it is up to companies what technology they will use and that the government cannot interfere in the decision-making process of private firms.

"We made it clear that whether a private telecom company uses the equipment of a specific enterprise is up to that company to decide," the official said. "But regarding the general security risks posed by the 5G technology in the telecommunication market, we agreed to work closely with the U.S. side and cooperate in terms of technological issues," the official said.

The Economic Prosperity Network (EPN), an envisioned U.S. initiative aimed at shifting global supply chains away from China, was not part of the Wednesday discussion, he added.

Other issues discussed were strengthening the global distribution system for health-related items since the coronavirus pandemic has exposed the vulnerability of the supply system.

The two sides exchanged views on ways to enhance cooperation in the pandemic situation, science and technology and energy, as well as linking the New Southern Policy and the Indo-Pacific strategy and women's empowerment in economic and new technology fields, the ministry said in a release.

The two sides agreed to hold their fourth annual public-private economic talks later this month in the follow-up to the SED, the ministry said. 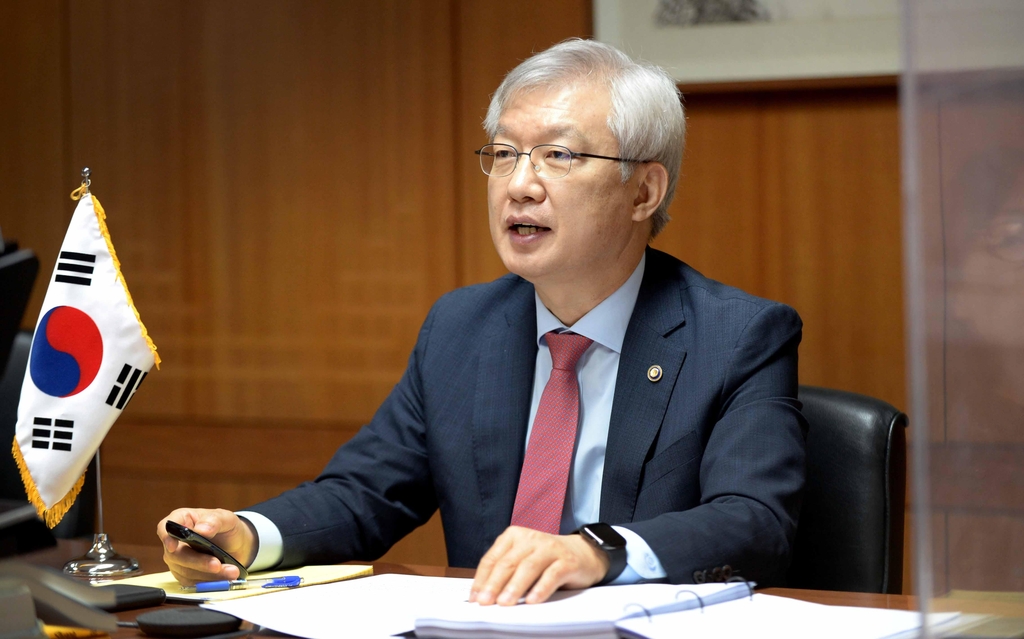