Lee made the remarks during a video-linked parliamentary audit session in response to a lawmaker's question about the 2017 case, although the ambassador was not serving at the embassy at the time.

A local employee at the embassy has accused the diplomat of groping him multiple times. The case resurfaced in July when New Zealand Prime Minister Jacinda Ardern raised it during phone talks with President Moon Jae-in.

"That is what the National Human Rights Commission (NHRC) has also pointed out, and I sufficiently share that understanding," Lee said. 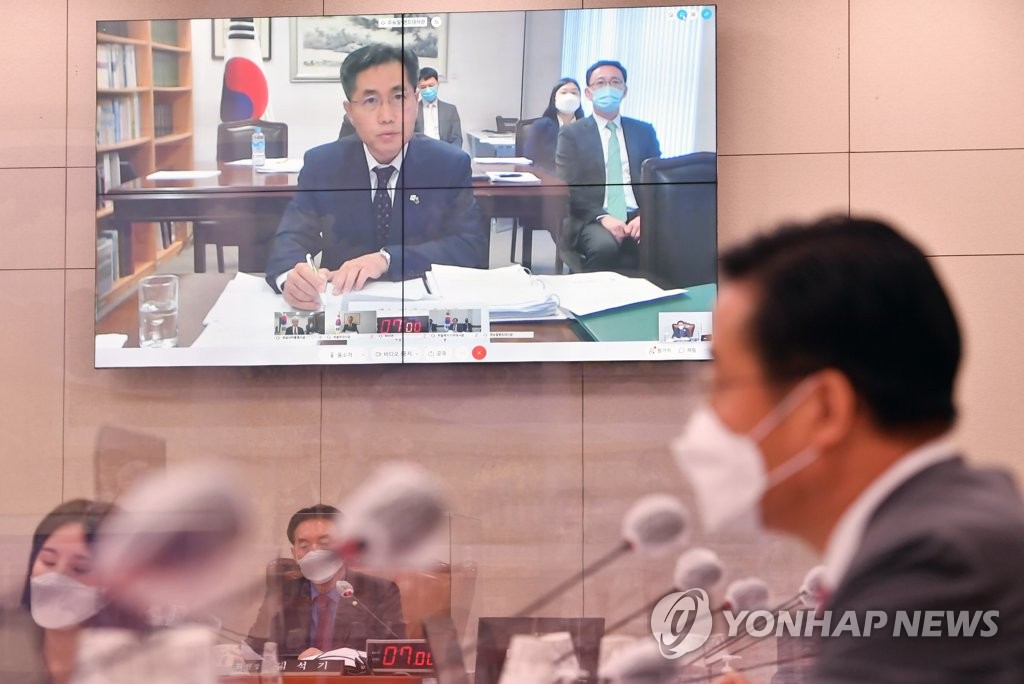 Last month, Seoul's human rights watchdog recommended the foreign ministry improve "shortcomings" revealed in its handling of the sexual misconduct case, such as the absence of guidelines to handle sexual harassment cases and a lack of efforts to separate the victim from the alleged perpetrator.

Lee said that his embassy and the victim have agreed on a settlement process.

"Still, the two sides need to reach agreement on how to proceed with that process, and we also need to exchange letters containing our positions," the envoy said, declining to delve further into the settlement process.

New Zealand police have investigated the case, while the country's relevant court issued an arrest warrant for the diplomat in February. But the country has not officially requested the extradition of the diplomat.