WASHINGTON, Oct. 14 (Yonhap) -- South Korean Defense Minister Suh Wook paid his respects to U.S. veterans in the Korean War on Wednesday with a visit to the Korean War Memorial in Washington.

Suh also vowed continued efforts to honor those who gave up their lives while fighting for South Korea in the 1950-53 war.

"I will continue to do my utmost to keep and show my appreciation while reflecting on the noble sacrifice of war veterans," he said after laying flowers before the memorial. 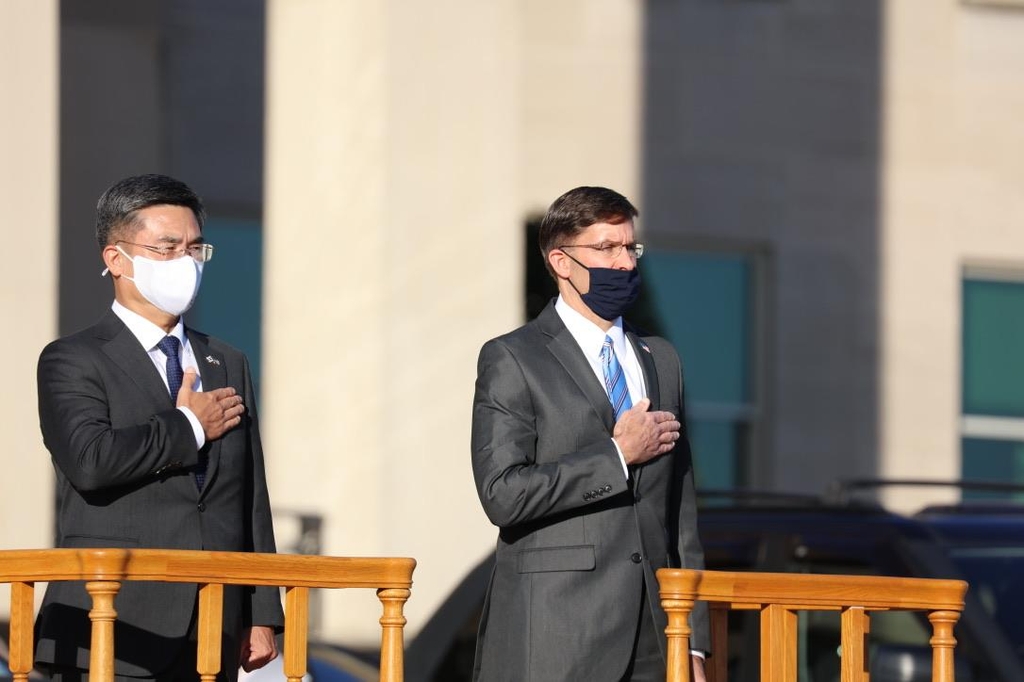 Suh's visit to the memorial came shortly before he was set to hold an annual defense meeting with his U.S. counterpart, known as the Security Consultative Meeting.

During his visit to the memorial, Suh also conferred the Cheonsu Medal, the third highest order of national security merit, to retired Air Force Maj. Gen. Kelly McKeague, the head of the U.S. Defense Pow/MIA Accounting Agency, which excavates and identifies the remains of war veterans.

"McKeague has actively worked to excavate and identify the remains of Korean War veterans with a deep affection," South Korea's Defense Ministry said in a press release.