WASHINGTON, Oct. 14 (Yonhap) -- U.S. Defense Secretary Mark Esper on Wednesday highlighted the importance of what he called a more "equitable" sharing of costs to maintain U.S. troops in South Korea, saying it would ensure the "stable stationing" of U.S. troops in the Asian ally.

His remarks came in an annual meeting of defense ministers of the two countries, known as the Security Consultative Meeting (SCM).

"We must find a more equitable means of sharing the costs of our common defense, so it doesn't fall unequally on the American taxpayers," the U.S. defense chief said in his opening remarks.

"I know we will have an open and candid discussion on this front," he said of his talks with his South Korean counterpart, Suh Wook. "And I hope we will all agree on the necessity of reaching a Special Measures Agreement (SMA) as soon as possible to ensure the stable stationing of U.S. forces on the Korean peninsula." 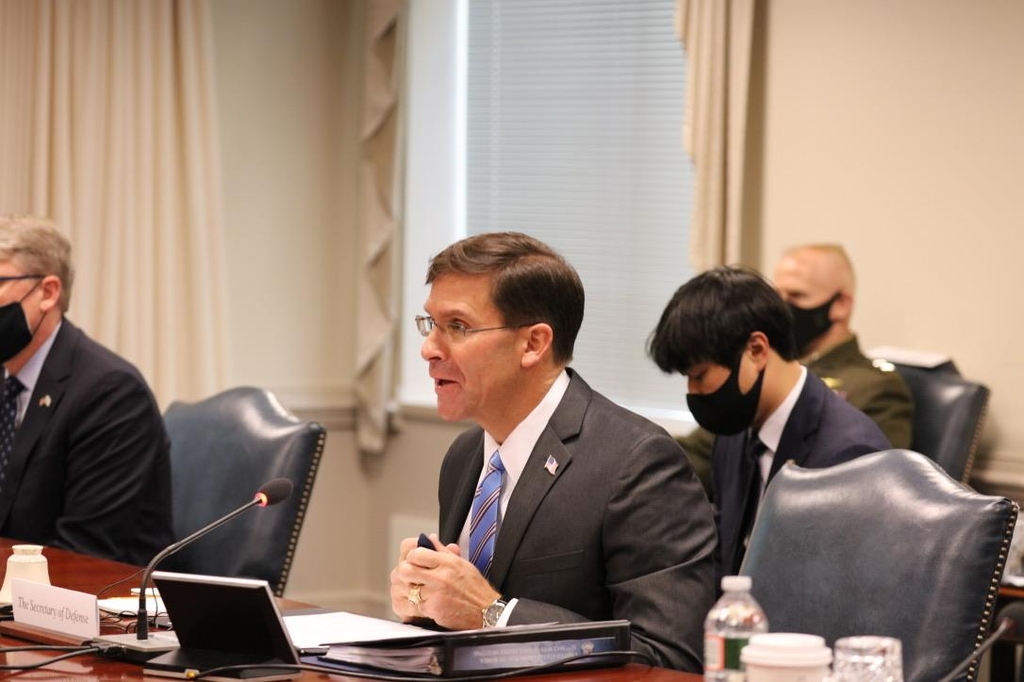 Seoul and Washington have held several rounds of SMA negotiations since late last year, but the talks currently remain deadlocked over a large gap on how much of a burden Seoul should shoulder in keeping up some 28,500 U.S. troops in South Korea.

South Korea has offered to increase its annual share by up to 13 percent from the US$870 million paid under last year's agreement.

The U.S., however, is said to be demanding a 50 percent hike to $1.3 billion, while U.S. President Donald Trump is reported to have initially demanded $5 billion per year from Seoul.

Esper underlined the importance of the South Korea-U.S. alliance, saying it has underpinned security and prosperity on the Korean Peninsula and in the Indo-Pacific region for 70 years.

"For seven decades, the alliance has remained a bulwark of peace and prosperity in the Indo-Pacific. Our mutual defense cooperation remains strong," he said.

Suh noted his trip to the U.S. in the midst of the COVID-19 pandemic highlighted the importance of the alliance.

"The SCM is a very meaningful venue where we evaluate the success of our alliance and cooperation and discuss the future direction of its development," the South Korean defense minister said. 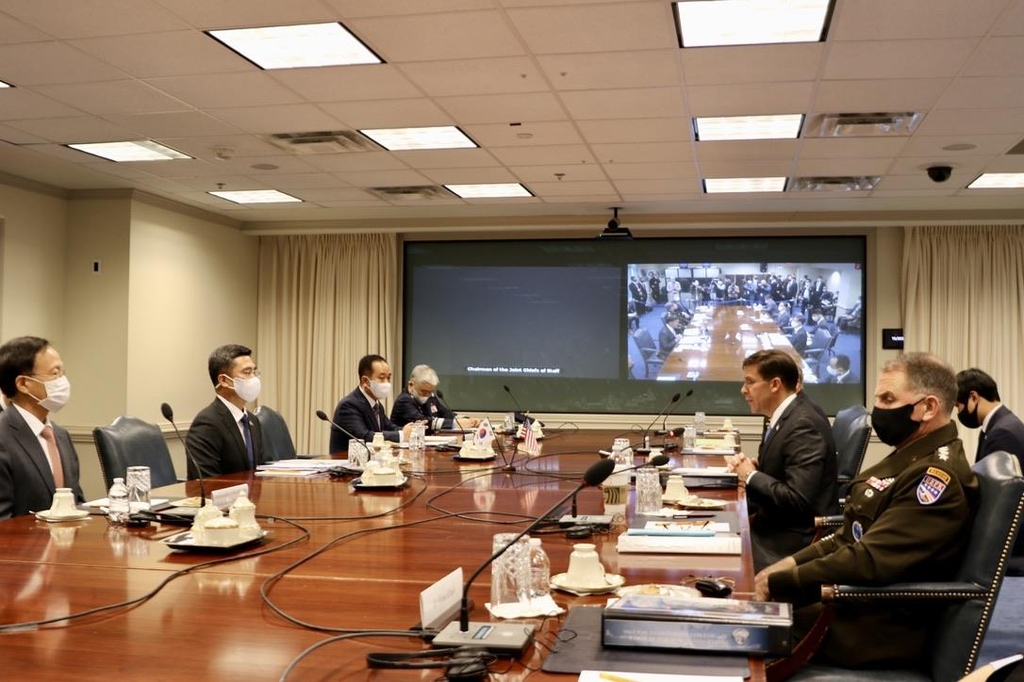 "I believe the defense ministers of South Korea and the United States meeting in person, discussing and forming a mutual understanding on alliance issues, shows that the South Korea-U.S. alliance will remain strong despite any security challenge," he added.

Esper highlighted the importance of the countries' joint efforts to denuclearize North Korea.

"We agree that North Korea's nuclear and ballistic missile programs remain a serious threat to the security and stability of the region and the world," said Esper.