"We will uphold the stockholder's value in various terms by raising profitability, growth potentials and contributions to society," Big Hit Entertainment head Bang Si-hyuk said at the listing ceremony, which was livestreamed on YouTube. 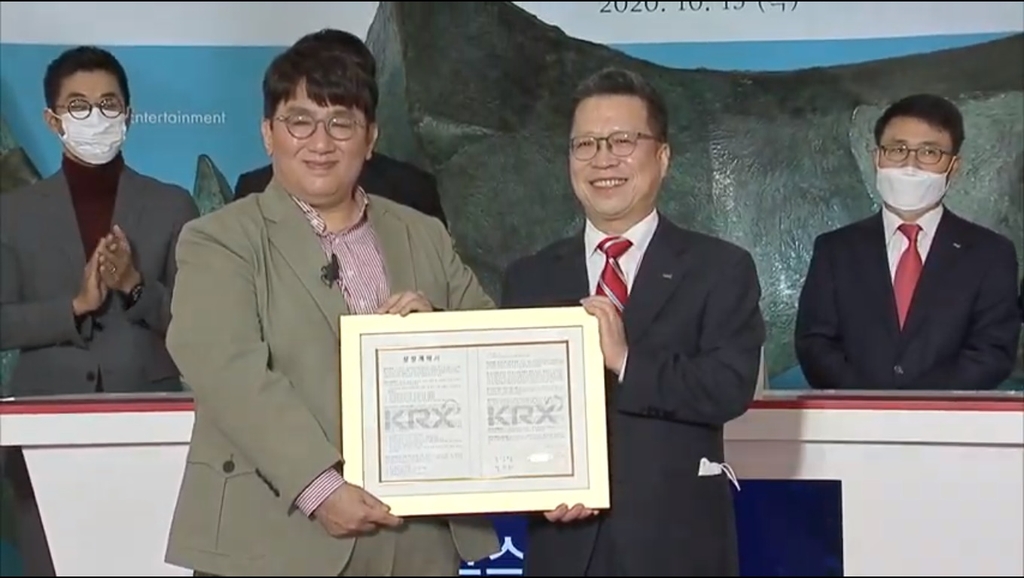