Evidentiary hearings for LG Chem's case will take place virtually on Dec. 10 and 11, according to the sources. In September 2019, LG Chem filed the suit with the ITC, claiming that SK Innovation and SK Battery America infringed its EV battery patents.

The ITC usually holds evidentiary hearings for a patent case for about five days, but due to the novel coronavirus pandemic, they will be held in a videoconference format for two days.

Ahead of the virtual hearings, LG Chem made a request to the ITC that it be allowed to withdraw some of its claims against SK Innovation.

The company said it decided to focus on major claims that can prove SK Innovation's wrongdoings and to effectively use its time given in the two-day hearing.

Separate from the patent infringement case, LG Chem filed a pair of lawsuits with the ITC and the U.S. District Court of Delaware in April 2019, claiming that SK Innovation misappropriated and used its EV battery trade secrets by hiring its former employees.

In February, the ITC made a preliminary ruling in favor of LG Chem's argument in the trade secret litigation. The ITC is set to give its final ruling on the case later this month. 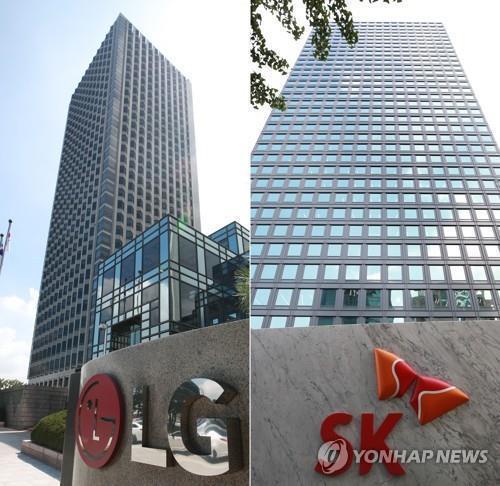