The Seoul District Prosecutors Office said the first-term lawmaker was charged with violating the Public Official Election Act by failing to fully disclose his wealth during his mandatory property filing with the National Election Commission in the runup to the April general elections.

He is suspected of concealing 1 billion won (US$871,800) worth of land under his wife's name, among other things.

On Saturday, he was called in for an 11-hour probe in connection with the charges.

Last month, he was expelled from the ruling Democratic Party amid the controversy over his wealth, but he remains an independent member of the National Assembly.

Kim won his parliamentary seat under the proportional representative system in the April general elections.

His father, Kim Dae-jung, won the Nobel Peace Prize in 2000 for the first-ever inter-Korean summit between him and then North Korean leader Kim Jong-il.

In 2002, he was given a suspended sentence for receiving bribery and tax evasion but was eventually pardoned by former President Roh Moo-hyun. 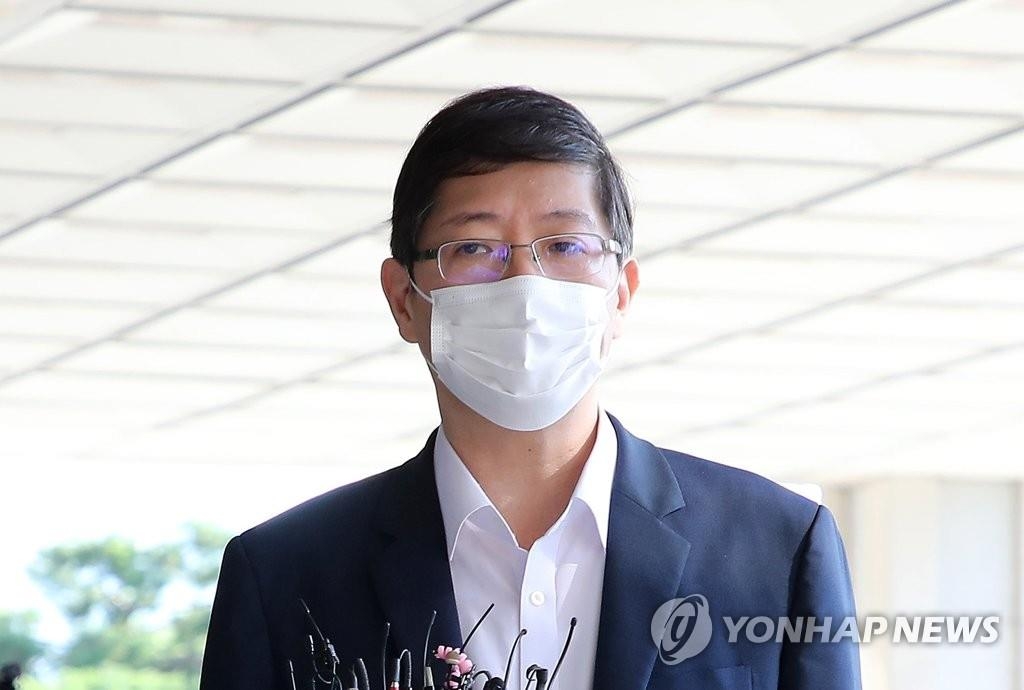