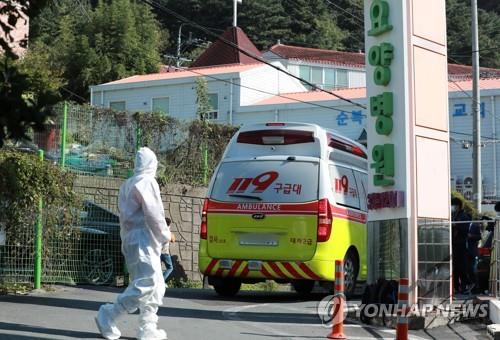 The authorities said 43 patients of the Busan nursing hospital and its nine staff members tested positive for the new coronavirus. One of the infected patients has already died.