From Wednesday's morning low of 11.4 C, the drop was 4.8 C, according to the Korea Meterological Administration (KMA). Compared with 11.1 C in an average year, the drop was 4.5 C.

In northern Gyeonggi Province and northern Gangwon Province, the ground froze overnight and led to temperatures below zero.

Basins and valleys cooled in particular, forming frost and ice.

As of 6 a.m., the low in Cheorwon, 88 kilometers north of Seoul, was minus 3.2 C and minus 1.3 C in the inter-Korean border town of Panmunjom in Paju.

Central parts of the country, such as eastern North Jeolla Province and northern North Gyeongsang Province, saw temperatures below 5 C.

The KMA said the mercury is expected to rise to a high of 16-22 C during the day, depending on the region. 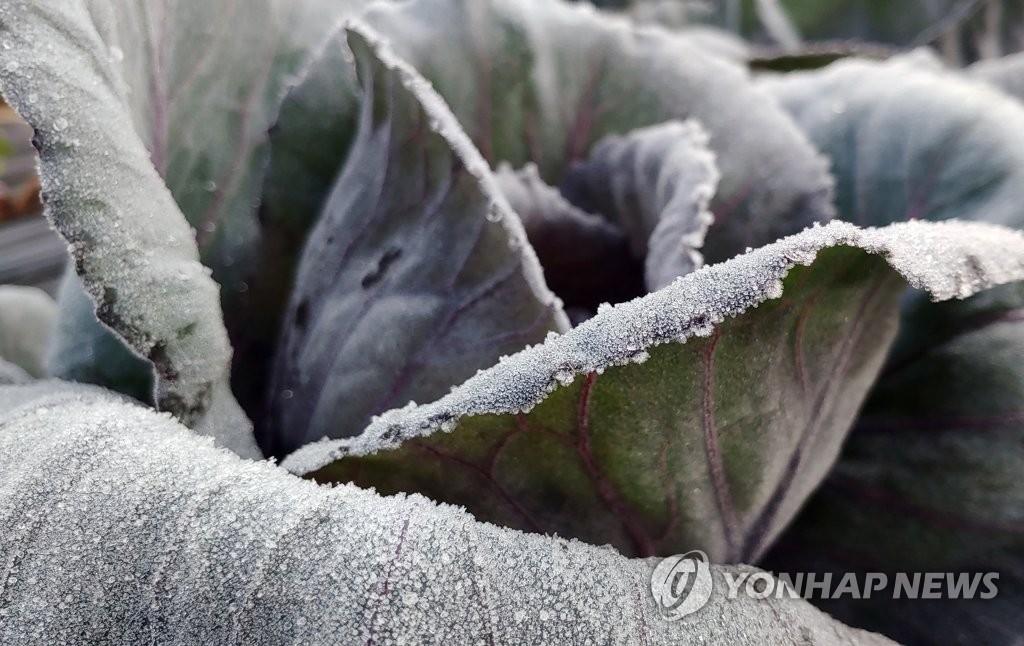