According to the poll conducted on 500 people aged 18 or above by Realmeter, 58.8 percent of the respondents said they favor the government efforts to revise a relevant law. The survey was carried out on Wednesday and commissioned by the radio channel TBS.

Supporters outnumbered opponents in all age groups, regardless of their preference for different political parties, the poll showed.

The rate of support among those in their 20s came in at 54.4 percent, while 35.1 percent voiced objections. The poll did not mention any particular names of pop stars when the questions were posed.

On Tuesday, the Military Manpower Administration announced that it is pushing to revise the military service law to allow popular culture artists to delay their military service if there is a recommendation from the culture minister.

By law, military service exceptions or deferrals are given to international award-winning athletes and classical musicians in recognition of their roles in promoting the country's reputation overseas.

But there have been growing calls that such favors should also be granted to pop culture artists after K-pop superband BTS recently became the first South Korean music act to top the Billboard Hot 100 chart with "Dynamite." 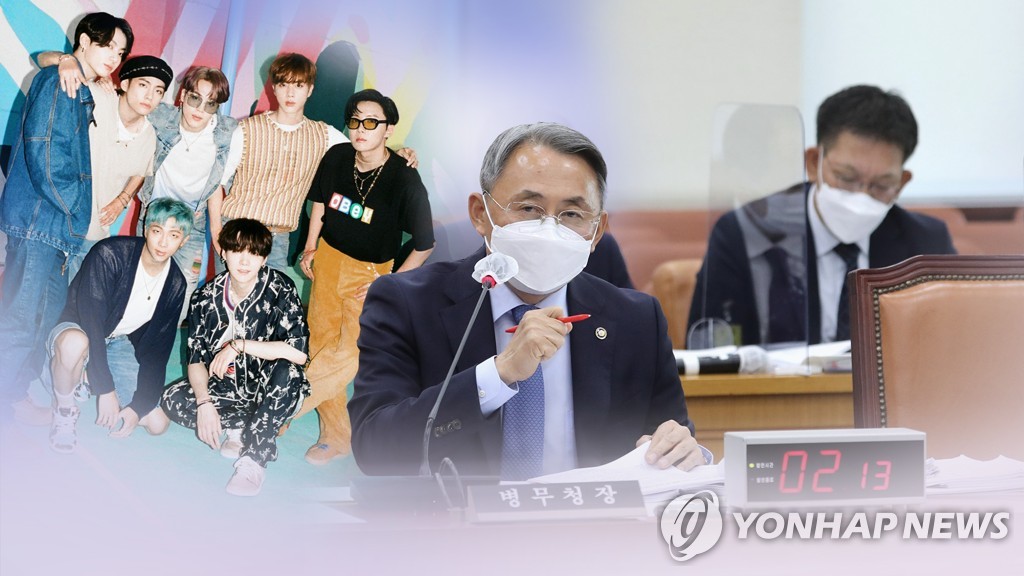