Air Force Chief of Staff Gen. Lee Seong-yong made the remark during a parliamentary audit session, saying around 10 new weapons have been identified from the North's military parade held last week.

"We are analyzing the newly identified weapons and planning to establish corresponding countermeasures," Lee said.

On Saturday, North Korea held a massive military parade to mark the 75th founding anniversary of its ruling Workers' Party, during which it unveiled a new intercontinental ballistic missile (ICBM) and a submarine-launched ballistic missile (SLBM), along with other weapons.

Asked to comment on the possible deployment of the North's version of the surface-to-surface Army Tactical Missile System (ATACMS), Lee said that more time will be necessary between its test launches and actual deployment.

Lee said South Korea can defend its core infrastructure even if the North mobilizes multiple missiles to attack the South at the same time, citing its Patriot and the soon-to-be-deployed M-SAM II systems.

The Air Force plans to set up new units for surveillance operations and strengthen its capabilities to strike enemies' nuclear and weapons of mass destruction (WMD) programs.

"In response to nuclear and WMD threats, we will firm up strategic strike and missile defense capabilities," it said in an audit report. 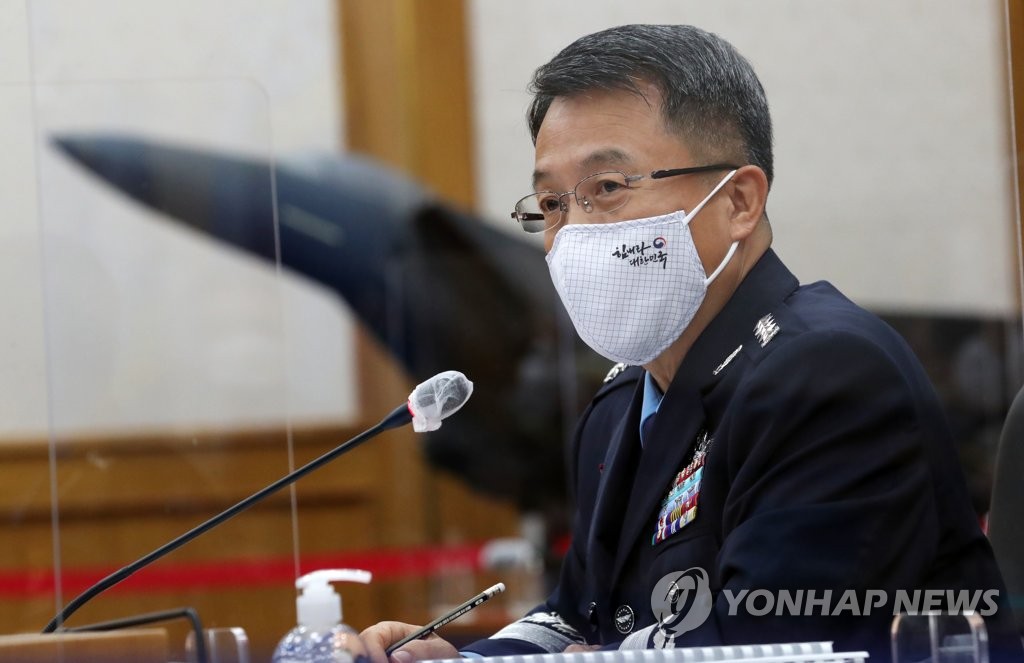