SEOUL, Oct. 15 (Yonhap) -- Top national security officials of South Korea and the United States have reaffirmed a robust alliance between the two sides during their meeting in Washington, D.C. this week, Cheong Wa Dae said Thursday.

Suh Hoon, director of national security at the presidential office, arrived in the United States on Tuesday (local time) for his first trip to the U.S. since assuming the post in July.

He met with his White House counterpart Robert O'Brien the following day for discussions on issues of mutual concern, including recent Korean Peninsula security situations and bilateral relations, according to Cheong Wa Dae spokesman Kang Min-seok.

They reaffirmed the "firmness of the South Korea-U.S. alliance," Kang added.

Suh's four-day trip to the U.S. is meant to strengthen strategic communication between the national security councils of the allies, especially on North Korea and pending alliance issues, Kang said. 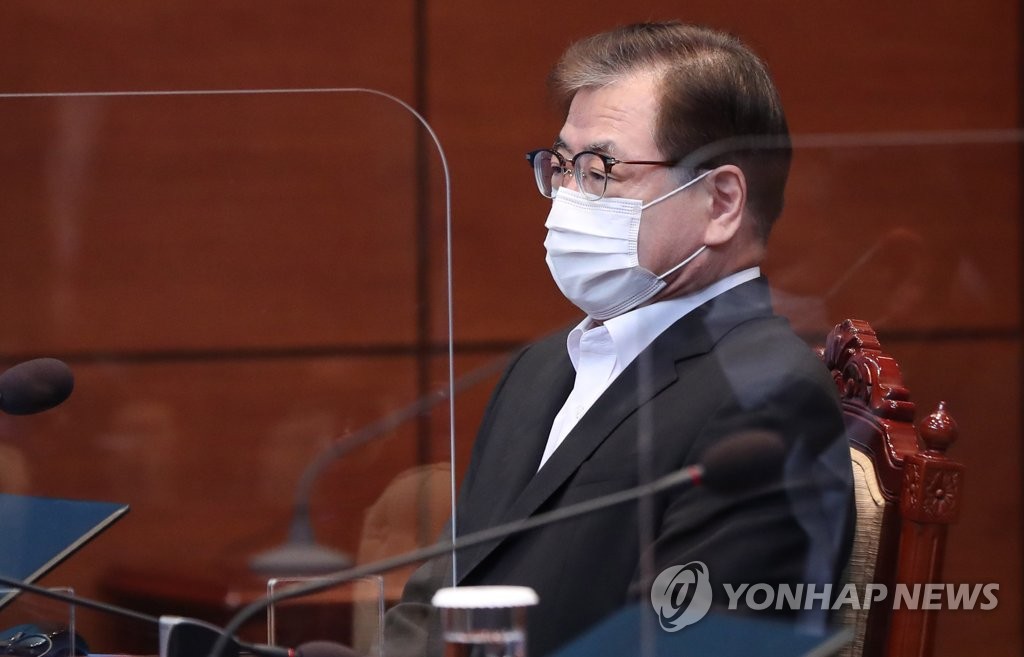 Suh is also scheduled to hold a series of meetings with Secretary of State Mike Pompeo and some other government and major think tank officials.

His visit to the U.S. came amid a controversy here over alliance-related remarks by Seoul's ambassador to Washington, Lee Soo-hyuck.

Speaking at the National Assembly's online audit on the embassy's operations earlier this week, Lee said South Korea's choice of the U.S. as its ally 70 years ago does not mandate the same choice for another 70 years.

Pompeo's department was unusually quick in responding to the envoy's remarks, stating that, "We are extremely proud of our 70-year-old alliance and all it has done for the sake of peace and prosperity for the U.S. and ROK, and the region as a whole." ROK stands for Republic of Korea, which is South Korea's official name.